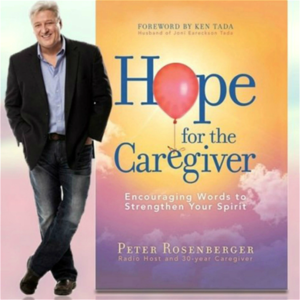 "You Must Believe In Spring"

"You Must Believe In Spring"

At a local bookstore a while back, Gracie and I, along with our friend Hank, performed Christmas Carols for friends. John and Sally Mae dropped in, and I turned the keyboard over to him. Gracie sat on a stool, and she and Hank had such a great time singing to John's extraordinary playing.

You're getting this bonus material as a follower of our podcast!

Later that evening, we all decided that Gracie and John should record a song together. The first time John accompanied Gracie was when she auditioned at Belmont (in Nashville) in the Spring of 1983. She arrived at the college without anyone to accompany her, but John (a professor there) agreed to play for her.  She earned a music scholarship ...and started as a freshman in the fall.

Six months later, Gracie slammed into a concrete abutment that accident led to 80 surgeries and both legs amputated.

I transferred to Belmont as Gracie recovered. My piano professor was John Arnn. Meeting Gracie a year later, we started dating and then married in Summer of 1986  John Played at our wedding.

John also played at our son's wedding (but opted out from playing at our grandchildren's wedding - saying he'd been nearly 100 by then ...and it may be too much!)

In March of 2018, thirty-five years to the month they met, John came to our home and rehearsed YOU MUST BELIEVE IN SPRING with Gracie.

When lonely feelings chill the meadows of your mind Just think if winter comes, can spring be far behind? Beneath the deepest snows,the secret of a rose Is merely that it knows You must believe in spring   Just as a tree is sure its leaves will reappear It knows its emptiness is just a time of year T he frozen mountains dreams of April's melting streams How crystal clear it seems you must believe in spring Alan & Marilyn Bergman/Michel Legrand

Following her performance in the studio, Gracie looked at John with tears in both their eyes, and stated simply, “I sang this to my 17-year-old self.”

Download this song today from Amazon or I Tunes.

Or get the entire CD with a donation to Standing With Hope. (Click for More) (Promo code:  MUSIC) 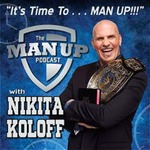 Q&A with Koloff - #13
It's Time to Man Up!
Nikita Koloff
Important Note: These transcriptions are generated automatically and aren't perfect. We have generated them and made them available to aid in search and accessibility to the shows on our network. While we are constantly working to improve the technology and accuracy, we can't respond to requests to fix errors at this time.