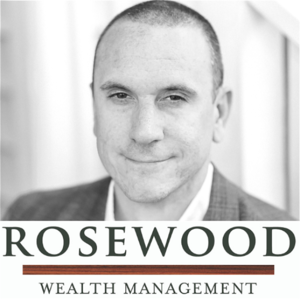 John Stillman is joined by Mark Silverman who explains his disdain for mutual funds.

Mark is a certified financial inflator, Tucson, Arizona. I wanted to talk about mutual funds. What Mark thinks I'm happy to be here. John was good to talk with you. You hate mutual funds would cut right to the chase wife what kind of a tough word.

I just like mutual funds and then don't get me wrong I started this business over 21 years ago and primarily that's what we use with mutual funds specifically loaded mutual funds, but I think the investment horizon has definitely gotten better for folks.

I know it has fees of come down. The products have come have gotten better.

There's better ways out there that mutual funds in my opinion, and I'm not knocking. If you have a 401(k) through work and all you have is mutual funds in all not saying don't contribute to the 401(k) because you make the best of what you have available. But if you have outside money and and you're in control of what you can buy. I wouldn't personally by mutual funds. I think you're better off buying either individual securities or even ETF's.

That is what we use primarily in our portfolios hereto, but just explain exactly what that means. How is it different pari-mutuel amenable buckets of securities, whether it be stocks or bonds, or combination of the two. I think you know there's certain differences that are that are available with ETS over mutual funds, one being transparency with the ETF you know exactly what you want with the mutual fund as soon as a print once in there. The portfolios change you never really know exactly what you own a couple other things are fees on average the fees of an ETF are probably 80 to 90% less per year in fees, which is significant, especially in the low interest rate environment like rate right now will probably continue to be in for the near future. The other thing also is a tax efficiency so if it's in a retirement account. It's not so much of an issue, but outside of retirement accounts ETF's are a lot more tax efficient meeting you're not paying no quarterly capital gains, dividends and interest, all every quarter. No matter what with ETS. The inherently are just more tax efficient and then I think the other thing also that you have to consider when you're buying an ETF is getting in and out a lot quicker.

So when you want to mutual fund.

I always use the example of the 9/11 which are coming upon here in the next with 15 year anniversary coming up next month. But when you're talking 911 if you have a mutual fund. Let's say you wake up in the markets down 600 points and you say when you got my mutual fund, you go to sell it. John, the problem is it doesn't get executed till the end of business day. So now the markets down over a thousand points and you've lost even more if you had that same portfolio in an ETF you get out instantly.

You don't have to wait for the market to get to close to get out, get in and out a lot quicker so it makes a little more efficient. As far as getting in and out of of of different portfolios, more like buying or selling a stock it's just that it's groups of stocks or baskets of stocks or bonds or whatever it is, so you still have the diversification of a mutual fund but without some of those costs and tax issues. Why are the costs of different will the concert different many reasons, there's lots with mutual funds, mutual funds are designed. There's lots of hidden fees and expenses that are in their most people's are so focused on now reference the article John that I use is there is an article that came on Forbes in 2011. The real cost of owning a mutual fund and in that article, which I'm sure you've seen. They estimate the total cost of a mutual fund anywhere from 3 to 4% per year. Most people are just focusing on the expense ratio, which is one of the fees that's disclosed in the prospectus, which of course nobody reads. There's also another document called the statement of additional information which is not sent out you actually have to request on each mutual fund you own that disclosed no other fees such as trading costs, because quite honestly with the fund doesn't know how many times are gonna buy and sell it when there's a lot of volatility which we see nowadays. The other thing I think about with all this volatility that's going on.

There's there's a thing called cash track with that means is these mutual fund portfolio managers have to hold on to quite a bit of cash for lot of redemption, especially when the markets are volatile and as we know cash is very think so, that brings down the performance. The returns of the mutual fund so there's lots of different things in there and it's always different fees.

Like I said in the article you can you can Google it and find it on their but they estimate about 3 to 4%. So there's lots of hidden fees and expenses which you don't have with ETF. So I got like I set on average, you're probably saving somewhere between 80 to 90% per year in expenses. And since I know you work the same as I John we don't make revenue off of mutual fund expenses. Why not put that money back in the clients pocket because it's just a much better way of you know I get a lot of clients will come into the office and who are using mutual funds. They say why does my advisor ever mentioned this to you and I always have to say what you've been content, and having been really complaining about what you're what your advisors been doing for you. Why would they recommend something. This can put less money in their pockets.

It's just not can happen right why that's the thing to understand about mutual funds, a lot of cases they are being sold for a commission right directors loads are different share classes which could be very confusing. There's of course a share class, which has a load, you pay 5 3/4% to get in. There's also B shares which are kind of going away, but those don't have anything to go in but you pay a surrender charge to get out and have higher expense ratio and then we still see what's known as C shares which you pay 1% to get into and they have a higher expense ratio forever so they can end up being very very expensive. You know, but one of the things that mutual funds are and I think that's by design is that the fees are not transparent so if you're paying three or 4% of the mutual fund comes off your returns. You don't see that on your statement and I can see it anywhere and I've always said, it seems like people don't have a problem paying a fee when they don't see it with a double problem than I can show them where fees or maybe half or whatever it may be, but they see our fee is very transparent but knew that something that that they have to overcome yet.

Same thing with us. Our fee always seems higher because it's all disclosed, but at the end of the day it's actually considerably lower than the costs combined cost of the going to have in the mutual fund laden portfolio so pretty interesting when you break it down that way. Do you ever use individual securities and we do stocks and individual bonds are just ETF's know we use reason with the securities as well. It just depends on the portfolio. So, depending on the size of the portfolio what the situation is.

We will use individual bonds, individual stocks, etc. but depending on the slug in the size of the portfolio. It's hard to get diversification if you can only buy you know to shares of Google or or something like that. So we end up using ETF's for a lot of our folks and their getting the diversification they need at a low cost. Again, Mark Silverman, certified financial planner in Tucson, Arizona, Silverman and Associates. He's online it saving with Silverman.com Mark Frank Smith Appia Baker talking next time right here on Mr. Stone's opus