Why Did a Preacher Give Thomas Jefferson a Giant Block of Cheese?!

Why Did a Preacher Give Thomas Jefferson a Giant Block of Cheese?!

On this episode of Our American Stories, Thomas Jefferson is often known for championing religious freedom in our nation's infancy, but not many people know about how a preacher thanked him in the most unusual way.

The President, The Preacher, and the Giant Block of Cheese
Our American Stories
Lee Habeeb 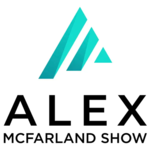 Saving Monticello: One Family's Struggle to Make Sure History was Remembered
Our American Stories
Lee Habeeb

You probably never heard before and it comes from one of our favorite contributors Clay Jenkinson while the wise ruler priest a 4 foot block of cheese and a giant with a bread baked by the Navy may sound like the makings of a fairytale.

It's actually a true story about our third president, Thomas Jefferson's Clay Jenkinson to tell us more about really. He regarded his election as the second American Revolution that he meant that we had a revolution in 1776. We've created and installed the government. That government moved in the wrong direction towards monarchy and aristocracy of a strong central government and we needed to restore the principles of 1776, so he reluctantly stood for the presidency in 1801, there was such anger against Jefferson and Federalists are people thought that he was a dangerous man spent too much time in France been infected by the radical principles of the French Revolution that he was unreliable and that he might destroy the country.

The great majority of the American people wanted a restoration of democratic principles of 1776, one of the places where Jefferson was weak was in Massachusetts and Connecticut.

New England basically and so in 1801, after his installation as president minister in the Cheshire Hills decided that he would do a great tribute to Thomas Jefferson by way of creating the world's largest cheese and so the Rev. Leland decided that he would pay tribute to Jefferson by getting the people of his district to milk the cows and present all of that mill to create this cheese and they didn't. They claim that they only melt Republican cows never Federalists cows and most of this was collected in a single day of the resulting cheese was 4 feet in diameter 15 inches thick and it weighed over 1200 pounds of weight 1235 pounds and so the Rev. Leland had two interests in and supporting Jefferson. One was to show the country and Jefferson that New England was not 100% Federalists and the second was in praise of Jefferson's principles of separation of church and state. Jefferson wrote the Virginia statute for religious liberty is passed into law.

In 1786. At that time it was the bold statement in human history of the need to separate church and state, and to protect religious sensibilities from any portion by the larger public and certainly by the state or national government and Leland was a Baptist in the state that was largely Presbyterian and he would have been in his sack would have been seen as upstarts nonstandard, possibly heretical and deserving of state persecution. Certainly social shunning in this era. So these Baptists really counted on Jefferson as their champion because they would not of had a chance to establish their own market share in the world of Christianity. Had it not been for the tolerance that was being shown in the protection they were getting from people like Jefferson and also James Madison. So now they built the world's largest cheese or what they think is the world's largest cheese, but they have to get it to Pres. Jefferson and there was no FedEx or UPS or adequate postal system of the time to send the cheese so John Leland decided to deliver it himself. This is actually something of a logistical nightmare. First he had taken on the sleigh to get it to the Hudson River.

Once he got at the lots and they went down in the sloop city of Baltimore and there they transfer this, and 35 pounds cheese to a wagon and they hold it into Washington DC District of Columbia to the White House in time for one of Jefferson's two annual White House receptions. Jefferson only opened the White House to the public twice per year. Once on 1 January and once on 4 July. Jefferson didn't quite know what to make of all of this will thank you for the mutual everyone knew this was not brought with him and so he actually gave a check $200 to the congregation that Leland represented so that he was paid for this cheese and not simply accepted as a gift from friendly constituents and then he served some of that cheese that is New Year's reception on the heartbeat that much cheese and so we don't know exactly how longest she survived accounts vary, but certainly he asserted again at the next reception on Tuesday, 1803, so it lasted for more than a year and there are accounts from contemporary letters and diaries of the guests coming to the White House to eat at Jefferson's famous White House dinner parties and when Jefferson wasn't in the room asking one of the serving staff could I see that I see the cheese would show me the cheese and some people were allowed them to go and look at this monster wasn't refrigerated. Washington is a very hot place, especially in the summer months and she's therefore deteriorated and we have accounts of their having to carve out chunks of it from the middle that had mold running but that sense we get from such historical records is still in existence at the cheese lasted a couple of years and was served on at least two New Year's receptions and maybe on other occasions and that it was sort of wheeled out on the Lazy Susan and made available on those occasions lifting up thousand pound or 1300 pound cheese would be almost impossible.

So they had to find a way to move it and I didn't want to leave it simply, in one place.

The Germanic cheese came from the Federalist newspaper referencing my Jefferson's strange fascination. Everyone knew that Jefferson had a special interest in woolly Mammoth in the last, and that his friend Charles Wilson Peel was digging up mastodon bones up in New England displaying them at his Museum in Philadelphia, so it soon became known that this was the Mammoth cheese, which was a sort of playful, somewhat ironic, slightly irreverent tribute to Jefferson scientific interest and Leland became known as the mammoth priest for this stunt took a lot of ribbing all along the route from Massachusetts to Washington DC and back, but it made him sort of famous joint she's born enough. Jefferson would then receive early on gift that the U.S. Navy decided to create the world's largest loaf of bread and they use a whole barrel of flour to make a prodigy of a loaf of bread. The thing about bread as opposed cheese is the bread doesn't stand up very well over time can't preserve bread for a couple subject to certain Jefferson was not famous for his interest in the Navy actually created the Navy Jefferson starve the Navy of funds not only made the war vacant 12 inevitable that made us nearly lose it once it came the Navy in producing the world's largest loaf of bread. This mammoth loaf of bread may have had more strategic interests in mind during a Senate sponsored party to rally support for naval war in the Mediterranean, needy, Baker, just around noon wheeled in the mammoth said to be 12 feet in length 2 feet in breadth and of suitable height along with the loaf they brought up the remnants of the Mammoth cheese and enormous side of roast beef quite a bit of alcohol. Pres. Jefferson stepped up, pull out his pocket knife and cut or slice of bread from there. All we really know is that the party quickly devolved into a noisy drunken affair probably set Thomas Jefferson at home that is sitting Jefferson's library having a glass of Madison and said what about the cheese. Jefferson probably would've rolled his eyes and said this is the sort of thing that happened in a democratic culture in a PT Barnum was right next to people love stuff like love kind of freaks they love prodigies.

They love affairs, and to this day you go to the state fair and I would see a giant butter sculpture of Elvis Pressley of the world's largest posting cow in North Dakota and Minnesota has the world's largest prairie chicken world's largest pelican world's largest all I saw. This is some zany part of the American spirit. Indeed, in Yuma, Massena Clay Jenkinson tell the story of the Mammoth cheese in the mammoth loaf and great job as always to rally Clay Jenkinson is the director of the Dakota Institute and cohost of public radios. Thomas Jefferson, our only knows a little bit about the subject story of the manna cheese in the mammoth loaf here on our American school