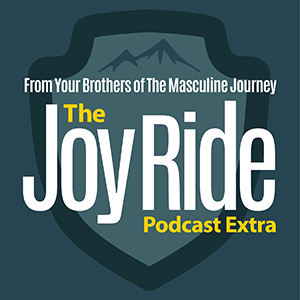 Welcome fellow Joy Riders to the Masculine Journey Joyride Podcast! On this podcast you will hear funny stories, exchanges, and thought provoking moments that will amuse you, make you smile, and draw you closer to Jesus Christ in your journey of life.

This week, Jim explains why he chose a clip from the movie "The Lord of the Rings: The Return of the King."

COVERED TOPICS / TAGS (Click to Search)
Elf Social media The Lord of the Rings: The Return of the King Middle-earth Jesus Podcast Dwarf Human activities Accessibility Entertainment Democratic Party
YOU MIGHT ALSO LIKE 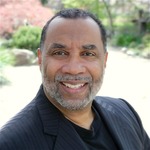 Taking Care of Caregivers, Part 2
Destined for Victory
Pastor Paul Sheppard
Important Note: These transcriptions are generated automatically and aren't perfect. We have generated them and made them available to aid in search and accessibility to the shows on our network. While we are constantly working to improve the technology and accuracy, we can't respond to requests to fix errors at this time.

This is good Truth Network welcome fellow the mass majority joyride podcast is a brand-new show from the guys you know I'm talking of course about the band of brothers my name is Keith and I am the producer for management journey and management journey. After our podcast, you will hear funny stories stranded and thought provoking moments. I will make you smile and jogged closer to Jesus Christ in your journey of life, anything at all welcome to a brand-new additional joyride this week.

Jim explains why he chose a clip from the motoring return of the King. Pay close attention. There may be a quiz at there are two things that really hooked me on this clip wept. A little over the first one. One is Kurt Warner has now been accepted as the kingdom man says I see in your eyes the fear that would take the heart of me, so he's admitting that this is more than he can handle what he is appealing to them to join and then the last clip which is just a little bit later, but the thing to be kind of a non sequitur.

But that is elves and dwarves in middle earth were asked very antagonistic and often at war with one another and Jim was hard to understand because he is a Scottish accent, but he basically says I did not think I would be fighting my last battle. Health because this is what they think is going to maybe end up and then elf responds that, is it okay that you right next to a friend and they become friends list so this is be like having a Democrat and Republican only extremes fighting side-by-side.

There's love lost between them, but by fighting together in the right same direction they become close. It's about a leader willing to lay down his life with this man in admits that he is just a man that has weaknesses to think it's probably more likely to dwarf enough Republican and Democrat because I am so excited me and Harold is that we had a little bit totally love is where I think that I'm not from the look Harold right now you down the road. This is good Truth Network