Psalms 119:167 My soul hath kept thy testimonies; and I love them exceedingly. 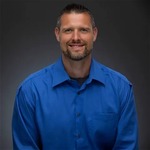 This is the Truth Network treasurers of feel like you will agree with me deeper is the light in the fear of the Lord anointing for the letter. Shin as we talked about this letter. Shin that have so much to do with oxidation fire chewing chewing on thinking of getting all the nutrients out of something I will is just rich and very rich as it begins the letter a minute begins. The word shalom. It begins the water of the word sure mine which is heaven begins the word Shabbat so much to do with rest and tranquility but also has to do with Shekhar which is falsehood in line if it's really really interesting word and excuse me all the letter and it's a word because it's letter shin in every letter as we talk about is Jesus in its own way and so really really cool S for coming in.

This is the second to last letter in the Hebrew alphabets were coming in for a landing in this one would be that the light in the fear the Lord anointing the letter shin and as I said it's a keeper and you'll understand why I say that and admit so. In English it reads verse 167 my soul have kept thy testimonies and I love them exceedingly and so here we have. Interestingly for my purse to perspective. The Psalm is coming in for landing the next two verses on the letter. Keep as we see that he is use that word invective if I was to use the words that are repeated in the hundred 19 Salamat United episodes of the very beginning when introduced us of words that were repeating well keep is one of the words that is repeated sexually repeated 21 times throughout the Psalm, and it's absolutely critical word in all the Bible you can find it in so many critical places like if you love me you will keep my commandments, and he put Adam in the garden to what to keep it and what you know Kane said about his brother are not my brother's keepers of the this word is is a significant word very, very significant in the psalmist uses it 21 times in the hundred 19 Psalm 90. Remember in the early versus blessed is he who keeps his testimonies and sees him with his whole heart and it's it all, that my ways were directed to keep thy statutes. In other words, that word is repeated over and over and over again and as you might guess it is begins with the letter.

Shin thankfully is shin and then the letter Mem which of course is the word for kingdom and I am in Messiah both was a word start with the letter Mem but in so many ways we can see and live in the Mem section that means more and so that would be more chewing and then the last winter.

It let last letter in the word. Keep in Hebrew is letter rage and so you know after we chew on more and more and more.

It has us in the right direction that we make the right choices. As a result we have clean animals and do a lot of chewing. They chew the cud right and and in so many ways. As we chew on the word were treasuring it and that's the idea of keeping swords.

This is my soul which is in the Fash and you can hear the should sound at the end of the Fash because guess what your your your soul ends with that same letter because you are a word burning soul and heart of birth as we chew on the word are sold to just that stuff and ends meant to go in there so the last letter in the word soul, which is the Fash in in Hebrew is is that letter shin again and it matches up beautifully with this idea of keeping things in our soul and syllogism to keep those testimonies in our souls are really neat if if you keep this idea of using keep and testimonies you can see when you get to the end of the Bible in Revelation know Satan if if I'm not mistaken it's in Revelation 14 where it says the Dragon, you know, was Ross with the child of the woman and went after those who kept his testimonies look at it it's right there in other swords. You want to be an enemy of Satan. That's the right team to be on. By the way and keep testimonies right in your soul is the place of those gets those get Just like Christian in the Pilgrim's progress right. He kept his testimony in his bosom while he actually we keep it in our souls that time when Jesus your Easter morning when Jesus appeared to you whether he appeared to you through the Scriptures is something that you're reading maybe appear to you through a dear friend who came in a moment when you needed it like my friend I was talking about that that time in the hospital became held my hand is also to different ways that that your testimony is kept in your soul, but this is just a delight. I mean a delight in understanding the fear the Lord is to keep his testimonies is to keep you know. Again, this, this, words can be used throughout the hundred 19 Psalm and what is of the rimming keyboard and a keep all these things at the psalmist keeps repeating her to keep his commandments. If you love me will keep my commandments to keep his statutes.

Those are the high hard ones that the union work in a keep his precepts which is our prayer times and are going to church and all those things. And again with the idea being that we are going to treasure these things.

I mean this is the whole message behind the letter.

Shin and in this we see it in the delight in the fear the Lord.

So when I look in my own life. If I want to dig for treasure in my soul I think of the testimonies either the testimony of Christ Jesus show up for somebody in Scripture, like the woman was caught in adultery.

And I love that line that I think about it a lot, where Jesus says to the woman caught in adultery. The woman, where are your accusers right because when you're in his presence. You can have no accuser so there is a testimony from the New Testament that you can think of that, that your soul can keep or maybe you got testimony from the Old Testament you know say where Joshua was fixed to have to deal with Jericho and there he met the angel of the Lord, and he said, and are you on my side of their meal. There was a testimony or the testimony of when God came for Samson when he was blind. Any took his hand between the two pillars numbers.

We got all these testimonies that we know in the Bible but you know the testimonies in your own life in of the time that that Leslie had run away in Jesus you know came to me and told me you know everything's gonna be okay and he pulled up the driveway and and the story of Johnny Hendrix were Jesus told me you know that you noted how to talk to him that that you know a deal is a deal if you remember that story another word story after story after story of where Jesus showed up in my life are the testimonies that make me come alive but also as we share those it says you can receive power from on high right in the book of acts right to be my witness with the idea. If we witness in other words, were telling our testimony, whatever it is that we saw God do in our life or what we saw God do through his word or what we saw God do in someone else's life. Sometimes we know somebody else's testimony. Those are things that get in our souls. And as we share them right. That is the power right. The people say oh wow yeah I want that.

That's what I want a relationship like that with the living God and that through Jesus's death. That's the ultimate testimony that he died that he bled for pay the price for our sin that we could have a relationship with God. And that's the testimony of Jesus Christ as described in Revelation right that makes Satan so raw.

Well it's all go out there make Satan mad. Today is share our testimony