Psalms 119:161 SCHIN. Princes have persecuted me without a cause: but my heart standeth in awe of thy word.

The first verse of the letter Shin contrasts the persecution of a wayward prince and the refining power of God's word - Wisdom in my view and I have a story along those lines. 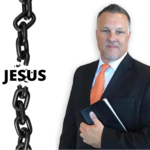 4th of July Special
It's Time to Man Up!
Nikita Koloff

The Sound of Silence
Wisdom for the Heart
Dr. Stephen Davey
Important Note: These transcriptions are generated automatically and aren't perfect. We have generated them and made them available to aid in search and accessibility to the shows on our network. While we are constantly working to improve the technology and accuracy, we can't respond to requests to fix errors at this time.

This is the Truth Network treasurers of the hundred and 19. I do love these transitions and today we get to transition the letter race letter shin and first anointing of the letter shin which would be the wisdom anointing so before we dive and all that we are to dive into the shin just a minute and talk about the letter you seated so beautiful it's effective and received Mr. Spock say a live long and prosper. That's the sign. The Jews make when they talk about that letter because, again, that letter begins the word peace.

The shin does and it has a lot to do with judgment but when you look at it you know you can't help but note that two things number one you cannot but see that that looks like a flame of fire, and that has a lot to do with what the shin does, and it also has a look of two teeth. If you can't I look between the license because that's the two pictures because every Hebrew letter is drawing a picture and so what to teeth and fire have them in common. While both oxidize things and so that gives us a real good picture of the letter. Shin gives us this idea of actually the refiner's fire and the idea of rust and all those things that Jesus taught about in so many ways that have to do with judgment and so it's really really a cool beautiful amazing letter starts out the word Shabbat which gives you this idea of shalom, you know that's both peace in the Sabbath and so were to see this in so many different ways and hear women talk about the wisdom of this letter in the first verse which reads in English verse 161 of the hundred 19.

Solomon says princes have persecuted me without cause my heart stand if in all of thy word and and so is very neat. The verse begins with that word princes and princes actually begin with a letter shin and then it has a ration we talked about it for the last member versus what the rage means and so is chemical that the first place we go is there is this idea of shin race right which has to do with the choice and so this particular princes of clearly taken the wrong talkies is a persecuting of the psalmist without a cause. In other words, if people you know are in the judgment process. They are either judging for nothing out of there with God the end of their top part of the what's making everything come in the kingdom.

And so here clearly.

King David gives us wisdom that all princes are not necessarily working for… And so what we know that that Satan is the prince of the power of the air so you get an idea of the princes that may be were persecuting the psalmist here, and certainly if you're like me you been persecuted without cause and without a book of reason of refining and so in a way that still refines you because all things work together for good right and is being made into the image of his son. And so the psalmist to try to work through that and then, but the end of the verse eight says, but my heart stand if in all of thy word.

It's idea of a comparison and so here he's comparing how these princes persecuted him versus how the word is actually oxidizing him and giving away the draws and so in the best way I know to do this is to paint a picture of the wisdom that's in this verse is to just look at my life yesterday versus this morning when I was trying to break right out of your like there's been so many times and you're trying to pray. You can't get to God because you can't get your mind off of things that are happening well back in March I got up parking ticket renew believe that the Christian card I got a parking ticket at Carolina Beach in the space that didn't look like it when you had the pay department. Apparently according the city. You were supposed to pay to park there and so they gave me $100 parking ticket which I can believe the amount of that parking ticket for no staying there for just a couple hours but anyway hundred dollars parking ticket and since there was no sign there. I did this will objection thing on the on the website that they had and then it for days. They didn't give me judgment on how it was. Was it still gonna be a ticket. Another ticket and I given my email so I assume they tell me when they had decided they never sent me an email and so I went back to check on the ticket history they hit the because I hadn't paid it in the first 10 days. They doubled it to $200. So now all my goodness.

And so I felt like in number one. I didn't part. He clicked it felt very persecuted without a cause. My mind cannot get off that as I began to pray this morning but then God was talking to me about this very idea of judgment and how these things are working to get in his judgment, as opposed to this judgment.

Here princes persecuting me without a causes ticket. As far as I'm concerned. And then if you compare that to all my goodness take a live at Philippians if you want to go see some real judgment. Go to the word right. Philippians 238 let nothing be done through strife or vainglory but in the loneliness of mine, let each esteem other better than themselves. Well you not all about you, but it's okay with that particular one in the refining process that versus something that gets my heart stand in all like oh my goodness, how can I reach for this particular goal and you see that I am so much better off from a standpoint of becoming more like Christ by meditating on those kind of things, and seeing how God's word is judging me at that than the world and princes that are, you know, obviously not part of what God is doing and so here's the idea of IQ bears all kinds of oxidation going on. There's all kinds of chewing going on, which is the idea of the letter.

Shin and some of it is clearly what God's doing intent to some extent to perfect us and so will you get down through this as we go through the wisdom of this letter.

Shin like all my goodness, you begin to see that all things work together right but at this point in time.

The psalmist is just given you.

This idea of some princes are not necessarily on your team and they are persecuting you without a cause. From the standpoint of what they say their cause.

Again, it's all God's cause in order to perfect. According to his word and then there's the beautiful thing is that the real refining process. Come to study the you're doing with me right now. Thanks for listening