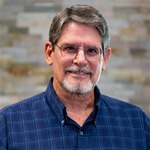 The Shepherd of the Sheep, Part 2
Insight for Living
Chuck Swindoll

Finding God When You Need Him Most - Experiencing God in Times of Confusion, Part 1
Living on the Edge
Chip Ingram

Welcome back to Bible under left so we talked about the word heritage and so much of that had to do with child, and interestingly, God really have me better this morning as I watch the movie the kid and you know if you ever want to see a child like heart you know look that movie does. It's a Disney movie it's on the Disney Channel on the planet. A clip from it, set that up a little bit that there is a guy by the name of Russ Durrett and he is an image consultant. In other words, really, from my perspective.

He teaches people how to pose how to put on an imitation that would look good and unfortunately he gets his point in his life where he becomes a real jerk. As you hear in this clip yet people are trying to bring out the kid in them, so to speak.

And so, in this scene you know he is film. Way to come get this guy out a bad trouble that's been stealing this money and this young lady had helped him film us and he just thrown the tape away because she knew that it was immoral what they were doing using the tape for in the way he did. It was very childlike.

Well, she is walking out of the restaurant with them in their passing by the trash where the tape would be and he wants to dumpster dive go get that tape so he can make that client happy in his trap. She is trying to get his mind off that kind of thing. That's what's happened in the clip, but as you listen to this. See how much more attractive. She thinks the child is in Bruce or in this case Rusty Russ Durrett then would be the poser thousand dollars so will think just the question I can't help myself and tell me did I want to go dumpster diving in order to try to save my image. You give help but see where the justice of Alan but nonetheless pursuing that childlike part in George McDonald's unspoken sermons series it. It starts off with so much on this childlike heart and I started to think about how critical that is, to my faith in the ability to wonder, so it's it's kind of fun that we start off this whole wondering thing with trying to renew the childlike part of us that wants to wonder things. So the moon is big and it is beautiful but you might just think with me a minute about the word child in Hebrew which is actually if you're just said in Hebrew, it says valid really that that's the way you pronounce it valid and I don't know if you've ever heard this but when the man at the well was, not the man a 12 amendment was at the Sloan pool's alone that they called them an invalid or invalid. And Jesus was like you want to get well you know he needed a restoration of the childlike faith right.

It's exactly what happened. So when we look at that word child or valid in Hebrew. You go through these letters against the first letter there's two different ways to spell it is either with your letter with vav, but I'm in a do it with you because the unit is really a clear letter. It is simply like the spark of God. It's the little that means a lot right like a child is going to grow up to be something really really cool but it is the seed that you know was there at conception, the God molecule or whatever, but everybody's searching for that obviously is his two put in his image bearer so that's where you begin child and then you go to that lament. We talked about in the last episode which is this heart that wanders at the big moon is just beautiful. And then the last letter and child is absolutely amazing. It's a dollar, and that Dolly this is the letter that actually starts. King David's name. In fact King David's name is Dollard vav doll it so that idea is of a godly servant is what it really is an when you think about a child. How often does that child that you may know, say, can I help you know they want to wonder about things they want to ask questions and they always want to help me just ponder on that a minute course every child of God is. How can we help how can we serve. What a great leader would be a servant right as it any wonder that one of the greatest leaders of all time was King David is is is name literally is the servant that came from heaven as a servant warming is just absolutely beautiful and so next time you hear a kid talk about can I help you not call out that glory, why not call out that wonder and wonder with them and maybe you can find a way to help as well.

Thank you for one with me today. I noticed a little bit longer but I thought you would enjoy the episode of the kid.

By the way, that's a Disney movie you can find it at the Disney Channel or on the Disney app