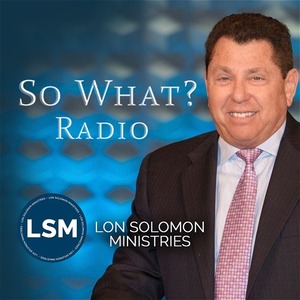 "Israel Opts For A King"

"Israel Opts For A King" 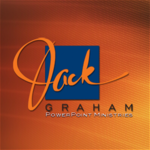 The Ark Is Returned (Part 1 of 2)
Truth for Life
Alistair Begg
Important Note: These transcriptions are generated automatically and aren't perfect. We have generated them and made them available to aid in search and accessibility to the shows on our network. While we are constantly working to improve the technology and accuracy, we can't respond to requests to fix errors at this time.

Hi there this is on Solomon and I like you to our program today.

You know it's a tremendous honor God is giving us to be on stations all around the nation bringing the truth of God's word as it is uncompromising and straightforward and I'm so glad you tuned in to listen and be part of that. Thanks again for your support and your generosity that keeps us on the radio and now let's get to the word of God.

Today I want to talk to you about the rise of the monarchy and the nation of Israel, which of course eventually led to David becoming the king because it is a great lesson in these events about real security and where you can find it so I want us to look here in the Old Testament, but a little bit of background. Okay remember the Israelites took over the land of Palestine. Under the leadership of Joshua and when Joshua died. There were two options that God had available to him at that point. Number one God could have set up a monarchy, meaning a king and a court in a centralized government and all the goes with it or God could have set up number two, a theocracy, meaning that the living God was the invisible yet genuine king and instead of looking to a human king for provision and protection and security people instead would look directly to God. Now God chose to do the second to set up a theocracy and for the next 350 years after the death of Joshua. That's out the nation of Israel function you say wow to go right here in Judges chapter 2 is the answer.

Judges chapter 2 verse 18 whenever the Lord raised up a judge for them for the Israelites. He was with the judge and he delivered them out of the hands of their enemies as long as the judge live for the Lord had compassion on them first 19 but when the judge died, the people would return to ways even more corrupt than those of their fathers following other gods, and serving and worshiping them. In other words, Israel's spiritual life during these 350 years look like a giant yo-yo down down down good judgment come along. Serve God their spiritual life would go up bad judge would come along. No judge their spiritual life would go down all of this comes to a huge crisis when a new threat to Israel appears on the horizon and the name of this threat were the Philistine. What we know about the Philistines.

We all heard about what we really know about these people.

What we know from archaeology that the Philistines grew up they were people that came into being around the Aegean Sea area up near the modern nation of Greece. They were seafaring people, and in the 12th century BC. They invaded Egypt with the intent of taking over Egypt where the Egyptians barely repulsed them. I mean it was really close, but after they were beaten. The Philistines migrated north up the Mediterranean coast to what we now know as the Gaza Strip and that's where they settled in the modern-day Gaza Strip in the southern part of Israel and some of the towns that they had back then Ashdod, Ashkelon, Gaza, are still the names of towns today and this is where they set up shop.

Now the Philistines quickly became a military force to be reckoned with in Israel. And the reason for that is number one. There were fierce warriors.

What was he. He was a Philistine.

Their army was very effectively organized very effectively led, but the real reason they were such a threat is because the Philistines have learned to use a new metal in making weapons that the Israelites did not how to use yet the weapon was iron, the metal was iron.

And if you went out to face iron weapons with what weapons well, you can just imagine what's going to happen. Remember when you go to war.

The quality of your weapons are pretty important. Back in 1939 when Nazi Germany invaded Poland: had a large army but the Nazis invaded with planes and tanks and armored divisions.

The polls went out to meet them. The Polish army was still using horse-drawn cannons and mounted cavalry. It was a very short war like less than a month and it was over. And if you go out with wood with water and implements one weapons to face iron weapons. It's going to be a very short battle, you can lose real quickly and so suddenly the very survival of Israel was at stake now wants to pick up the story, then over in first Samuel chapter 7 it's pager hundred 94th using our copy Bible flip over a few pages and let's pick up the story, 350 years later.

Now is a man named Samuel who is been judging Israel for number of years. First Samuel chapter 7 and look at verse 13 it says so the Philistines were subdued first Samuel seven verse 13 and did not invade Israelite territory again. Throughout Samuel's lifetime the hand of the Lord was against the Philistines and Samuel verse 15 continued as a judge over Israel all the days of his life. So during the days of Samuel.

Samuel because he had a godly walking because he was a man of God and a godly leader. God honored that and he held the Philistines abatement now in first Samuel chapter 8 Samuel's get an old and it's time for change in leadership and this makes everybody feel real insecure look at this verse seven. Chapter 8 when Samuel grew old, he appointed his sons as judges over Israel. Verse three, but his sons did not walk in his ways, they turned aside after dishonest gain and accepted bribes in a perverted justice to all the elders of Israel gathered together and they came to Samuel and they said to him, verse five. You are all had you like to have somebody start out talking you like that Samuel you really old man you all