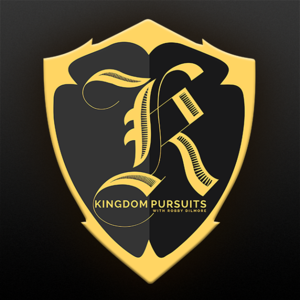 For many years I have done a devotional at an assisted living facility in Mocksville, NC. When I first started a friend shared that the residents love it when you give them something to hold onto after you leave. Thus I began writing down the jokes and cute stories I would open the devotion with and printing them for the residents. To say they were a big hit would be an understatement, I became known as  “The man with the Papers”.

Over the years I have collected quite a few and thought that they would be a cool resource for someone who wants to do a devotional somewhere.

So here is my collection in progress, yes they are all plagiarized and taken from other devotional sites, emails and anything else I came across.. The good news is they are edited for devotional use and words changed to not offend if possible…

PLEASE, PLEASE Copy and paste at will and go make someone laugh, cry or just plain Glorify God…. Love, Robby

The Making Disciples of All Nations, Part 2 B
Grace To You
John MacArthur

Best of 2022: What is the Christian Response to the Overturning of Roe v Wade?
Core Christianity
Adriel Sanchez and Bill Maier

Does the 2nd Commandment Forbid Us From Having Nativity Scenes?
Core Christianity
Adriel Sanchez and Bill Maier

When Do You Know Someone Is Ready to Be Baptized?
Core Christianity
Adriel Sanchez and Bill Maier

Does God Depend on Us to Evangelize?
Core Christianity
Adriel Sanchez and Bill Maier

So here we go with devotional humor for August 20, 2021 starting out with random Robbie ramblings. I lost my wife's audiobook in now I'll never hear the end of it by doctors wisdom to a patient who insisted on closing up their own incision said suture yourself my son asked me better.

We pyromaniac's. My answer yes we arson, we are signed up and leave it the app that counts my steps asked me if I died I sent 10 pounds to a friend with the hope that at least one of the puns would make them laugh, but no pun intended.

Just so everyone's clear I would've put my glasses on I lost my job as a stage designer I left without making a scene. When I told my contractor. I don't want carpeted steps.

He gave me a blank stare from trying to organize a hide and seek tournament but good players are really hard to find just the right I went to the toy store and asked the assistant where the Schwarzenegger dolls are and he replied I'll be back.

You know the benefits of eating dried grapes.

It's all about raising awareness.

Don't whine about the great puns. By the way, and I do love this one. If at first you don't succeed will then don't take up skydiving so here's the real meaning of hotel descriptions. If it says old world charm. That means there's no bath, no extra fees means no extras.

Nominal fee means outrageous to standard is less than's substandard deluxe mean standard superior means one free shower Cozy means small all the amenity means all the amenities means to free shower caps plus means, top and bottom sheets and we have one called all talk eight-year-old Sally brought a report card home from school. Her marks were good, mostly A's and a couple bees. However, teachers written across the bottom. Sally's a smart girl.

She has one fault. She talks too much in school.

I have an idea.

I'm going to try, which I theme a which I think may break her of the habit. Sally's dad signed a report card putting a note on the back. Please let me know if your idea works on Sally because I'd like to try it out on her mother. He was head of John the Baptist.

So John the youngest son of a Baptist minister was in church one morning when he saw for the first time a baptism by immersion. He was greatly interested in the next interested in it and the next morning, he proceeded to baptized you guess it.

You guessed his three cats in the bathtub. The youngest kitten board very well, so that the younger cat, but the old family tomcat rebelled the old feline struggled with the boy.

Claude and Tori's skin and finally got away with a considerable effort to boycott the old Tom again and proceeded with the ceremony but the cat acted worse than ever calling, spitting, scratching the boys face. Finally, after barely getting the cat splattered water.

He dropped dropped him on the floor and discussed and said fine be a Methodist if you want it.

We have palm relief. Somebody is a just returned from an expedition to the South Pacific islands and were discussing their adventures with her colleagues back. The University they taught was the most asked this exciting discovery you found there asked a fellow professor. One of them replied people native to the one of the islands had discovered the most amazing cure for constipation using only the leaves of the local palm trees.

They concocted as they concocted a suppository which quickly cured the ailment. Another professor asked a palm leaf suppository didn't really work replied the botanist sure with Franz like these who needs animus and we have the psychic and the frog. So from telephone. The psychic and is told you're going to meet a beautiful young girl who want to know everything about you.

The frog says this is great. Will I meet her at a party or what know the psychic says next semester in her biology class. Make that turn out too good for the frog. Thank you for list into this week's devotional humor