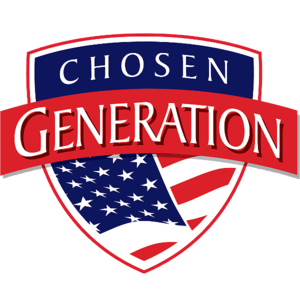 Retired Chaplain Gordon Chaps Klingenschmitt shares how Chosen Generation Radio and Pastor Greg helped to break the story on the USAF Academy in Colorado Springs denied cadets their religious exemptions on mandated Vaccines expelling 13 cadets, three of whom are seniors. Those seniors are being forced to repay $165, 000 in tuition while being denied their Religious liberties. 32 Top gun Pilots and a total of 357 pilots were discharged Secretary of Defense Lloyd Austin 703-692-7100 has decided to target Christians as domestic terrorists. Tell him to stop the purge of Religious people from the military.
COVERED TOPICS / TAGS (Click to Search)
United States Air Force Academy Communication Public sphere Politics Mass media Cyberspace National security Social media Government Issues in ethics Technology
YOU MIGHT ALSO LIKE

Chaps Klingenschmitt #PrayInJesusName #DefendingReligiousLiberty #StopVaxMandates Pastor Greg #CitizenActivism
Chosen Generation
Pastor Greg Young
Important Note: These transcriptions are generated automatically and aren't perfect. We have generated them and made them available to aid in search and accessibility to the shows on our network. While we are constantly working to improve the technology and accuracy, we can't respond to requests to fix errors at this time.

Former chaplain retired Gordon Jeff's clinician which apps will have you rolling in you for standing with me. When we called United Academy because breakout became national news. When they urged recommended 13 cadets at the Academy for their religion and three-star general. Richard Clark broke his word to me that he would absolutely different religious freedom for conduct when you do the opposite and recommended and kicked out 13 cadets from your course Academy, including three fingers were not allowed to attend the graduation ceremony. They were not allowed to commission as officers in the course and will now be forced to repay hundred and $65,000 each in back scholarship money and because of the religion connected to their views: life versus abortion when we were able to take a vaccine was tested on aborted baby body parts. So because of their conscience drummed out of the service, and no radio show, but you hope to make so many phone calls switchboard were overwhelmed and again issuing ended up on me and I was quoted on the front page of the Washington times. I was then invited on Fox news. I'm talking from it was been picked up by Associated Press and ran the lead story BBC radio NBC and CBS online close to the Air Force Academy scandal is not allowed to graduate or their religious views while you broke and we woke up the world that time. No 12 United States Congressman who signed unsolicited motion 13 United States senators led by Marco Rubio, signed on to limit or freedom and religious freedom for cadets of all military academies. All six branches of the service and that will display showing will depending if the Republicans take back the house and with the election then expected will result in the new law, religious freedom at the service academies in the NDA about this time next year to take some time but the wheels of justice or grinding only freedom the American people in your listener audience were instrumental in getting that process never moving on to her campaign