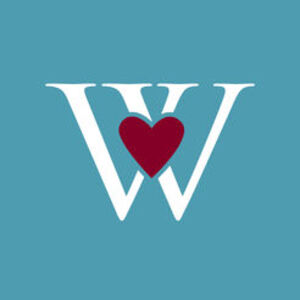 Subscribe to The Wisdom Journey on your favorite podcast app!

The Wisdom Journey is a three-year journey through the Bible, Genesis to Revelation, with one 10-minute lesson each weekday. The Wisdom Journey will help you understand the truth of God’s Word and apply that truth to your life as you courageously and obediently live for the glory of Jesus Christ.

I hope you enjoy it and I hope you'll subscribe to The Wisdom Journey on your favorite podcast app. Let's get started. God is the all-powerful creator and sovereign Lord of the universe. But honestly, what good does that do you when you're experiencing pain?

It does a great deal. The Lord of the universe is not removed from our daily and painful experiences. Psalm 56 reveals him as a compassionate father who knows our steps, understands our hurts, and has graciously given us his word to guide our lives. This is The Wisdom Journey. Stephen called this lesson The Tear Collector. Many years ago, John F. Kennedy Jr., the son of the 35th president of the United States, made the headlines. It wasn't good news at all. The night before, he had piloted his single-engine plane from New Jersey to Martha's Vineyard.

It's an island just off the coast of Massachusetts. Flying along with him were his wife and sister-in-law. Kennedy had logged over 300 hours of flight time, but he completed only half of his instrument training course. Well, on this particular night, there was no moon, a fog, limited visibility, and he was effectively flying in the dark. I can remember a pilot telling me personally that his instructor told him to close his eyes and try to fly straight. After a few moments, he's convinced he had the airplane on a straight path. He was told by his instructor to open his eyes, and he discovered that he was flying straight down toward the ground. In the darkness, a pilot has to trust his instrument panel.

That's why they're trained on that. He has to trust that more than his own personal sense of direction. Otherwise, he might be taking his plane into what's known as a graveyard spiral, and that's exactly what happened to Kennedy as his plane crashed into the Atlantic Ocean. According to investigators, he had lost his sense of direction. What's even more tragic is the fact that his plane was equipped with an autopilot.

That would have returned his plane to a level flight, but he never turned it on. The psalmist David has composed a psalm here that we refer to as Psalm 56. It's actually referring to being surrounded by difficult circumstances where the lights have effectively gone out. You see, at this moment, the psalmist David is flying in the dark, and the song becomes a classic for us simply because every believer experiences this same thing.

Maybe even right now, you're flying through some dark trial of life. David is going to point us to the inspired instrument panel we need to learn to trust more than our own personal sense of direction. Now, the heading of this psalm, called the superscription, gives us the setting. By the way, Jewish scholars added these superscriptions several hundred years before the birth of Christ.

They aren't part of the original text. They were given to help the Bible student understand the contexts of these Psalms. Well, this particular superscription reads, When the Philistines seized him, that's David, in Gath. Well, this points us back to the events recorded in 1 Samuel 21, and that's where you find David running for his life from King Saul. Now, David is no doubt thinking that the last place on the planet King Saul will ever come looking for him will be the hometown of Goliath, Gath. That's where the giant Goliath lived that David had killed a few years earlier. 1 Samuel records that a few days before fleeing to Gath, David had stopped by the village of Nob to receive from the high priest some food, and David had asked the priest if he had any weapons, and the priest gave him the sword of Goliath, which had been stored there in the tabernacle. So get this, David is now fleeing to the Philistine city of Gath. That's Goliath's hometown, and what is he absent-mindedly carrying?

Goliath's sword, the murder weapon, so to speak, the sword of their former hero, Goliath. One Old Testament scholar said that David's flight to the city of Gath was really proof of his despair. Well, when he arrives, the Philistines immediately, you know, start making plans to kill him, of course. David has to pretend, then, to be insane, and the Lord providentially moves the heart of the Philistine king to let David go. Well, now, in that context, David writes Psalm 56 in response to the Lord rescuing him from certain death. He writes here in verse 3, "'When I am afraid, I will put my trust in you.'" I love the realism of David's admission here. When I am afraid, not if I ever become afraid.

Oh no. He's saying here basically this, when I am outnumbered, when I am in a dark place, and when I don't think I'm going to get out of it alive, I will trust. What's he trusting?

The one who trusts him when the sun is out, the birds are singing, and everything's rosy, or the one who trusts God when it's dark and dismal and frightening, and whatever's coming next is hidden from sight. Charles Spurgeon, who pastored over a hundred years ago, I love what he wrote here, he said on this text, "'David doesn't claim to never be afraid. Evidently, it's possible for fear and faith to occupy the mind at the same time.'"

Amen to that. Here in verses 5 and 6, now David describes the danger he faced in the city of Gath. He writes this, "'All the day long they injure my cause. All their thoughts are against me for evil. They stir up strife. They lurk. They watch my steps.'"

The word here for lurk can be translated to pant after. This is like a coon dog on a hunt, chasing down that fox. David's enemies are on his trail.

They're dogging his heels, we say it to this day, and he can't lose them, he can't seem to escape them. You know, this is the perfect time to check the instrument panel for direction and guidance, and David essentially does just that, and as he does, he gives us three principles about this instrument panel of God's Word. First, God's Word is consistently appropriate for your troubles. David writes here with that kind of confidence and assurance in verse 4, "'In God whose word I praise.'" Down here in verse 10, "'In God whose word I praise. In the Lord whose word I praise.'" Let me tell you, beloved, when the lights go out, when you're alone, when the pressure's on, when the pain seems unbearable, there's nothing more reassuring and encouraging than God's Word. In the darkness, you learn best that his Word is sweeter than honey, Psalm 19 verse 10. Not only is God's Word consistently appropriate for your troubles, secondly, God himself is consciously aware of your trials. David even puts it this way in verse 8, "'You have kept count of my tossings.'"

You could translate it, wanderings. So imagine, here's what David's saying, every time he ran from one place to another, every time he tossed in his bed at night, God knew all about it. Saul might have been on the lookout for David, but let me tell you, so was God.

There's a third principle here, and it's this, God is compassionately attentive to your suffering. He writes further in verse 8, "'You put my tears in your bottle.'" It wasn't until I traveled to Israel that I discovered this ancient practice of tear bottles. In olden days, people kept delicate little containers to catch and store their tears. They were often made of glass, like a little miniature vase with a little opening at the top that people would place at their cheek, under their eyes, to catch their tears.

It was common at a funeral procession in Roman times for people to catch their tears in one of these little bottles and leave them at the graveside as a token of their sorrow. What's interesting here in this psalm is that God is the one holding the bottle to your cheek. God is the one collecting your tears.

God has been there all along. He knows every tear you've ever shed. And let me tell you, one day he will wipe every tear away. There's coming a day when God will, so to speak, empty those bottles of tears.

They'll never fill up again. A hymn writer from many years ago wrote with this kind of confidence in his own very personalized song. It's a hymn that echoes Psalm 56 here, and it goes like this, "'Fear not, I am with thee, O be not dismayed, for I am thy God, and will still give thee aid. I'll strengthen thee, help thee, and cause thee to stand, upheld by my gracious, omnipotent hand.'" A stanza goes like this, "'The soul that on Jesus hath leaned for repose, I will not, I will not desert to his foes. That soul, though all hell should endeavor to shake, I'll never, no never, no never forsake.'" Well, until our next wisdom journey together, beloved, may the grace of the Lord Jesus Christ and the love of God and the fellowship of the Holy Spirit be with you all. Amen. That was Stephen and a lesson from his wisdom journey through all of God's Word. If you'd like to study through the entire Bible with Stephen, please subscribe to the Wisdom Journey on your favorite podcast app. There are links in the show notes that'll help you.
Whisper: medium.en / 2022-12-03 00:54:41 / 2022-12-03 00:59:19 / 5
Get The Truth Mobile App and Listen to your Favorite Station Anytime