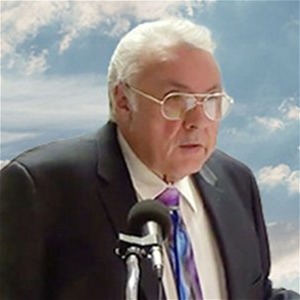 COVERED TOPICS / TAGS (Click to Search)
pro-family they pro-god background your orientation weddings and marriages love i rebuke realized they overdumped pro-god they pro-marriage washington a lincoln Ram Power Days Veterans Day day
YOU MIGHT ALSO LIKE
Hurry into Ram Power Days and experience the raw power of the Ram 3500 with available best-in-class torque and towing among 350 3500 pickups when properly equipped. Strap yourself in for one powerful ride in the Ram TRX with the most horsepower of any gas pickup ever built. Or the Ram 1500 awarded number one in driver appeal among light duty pickups by J.D. Power three years in a row.

Hurry into Ram Power Days going on now. For J.D. Power 2022 US award information visit jdpower.com slash awards. The following program is sponsored by What's Right What's Left Ministries and is responsible for its content.

Portions of the following program may be pre-recorded. I am Pastor Ernie Sanders the voice of the Christian resistance. Stay tuned my radio broadcast What's Right What's Left is coming up right now.

Coming to you live from Independence Ohio. We've changed our life to the center in many different ways. Heard around the world every Monday through Friday. Pastor Sanders is always years ahead of the rest of the media telling you exactly what they're covering up.

This is What's Right What's Left. I tune in every chance I get to hear exactly what's going on with the voice of the Christian resistance. Unabashedly cutting through the rhetoric by exposing the hard topics facing our society and world.

A lot of the other news medias don't pick up the news items like he does. And bring into light the enemies of freedom who are out to steal your rights your children and enslaving you. You really get the truth out I can tune into your show and hear the unvarnished truth. Thank you. This is What's Right What's Left with Pastor Ernie Sanders. Good evening and welcome to another edition of What's Right What's Left on this 11th day. Veterans Day 2022.

Veterans Day 11th day of November 2022. And indeed this is the voice of the Christian resistance. Boy folks are we the voice. I'm telling you every day it's war. Every day we're in war. Every day is a battle. And well at least we don't have any boring days that's for sure. And tonight we have the sword on the board making sure that we can do whatever we can to keep us up. There's none other than courageous Craig. Good evening and thanking the veterans today too. Amen. And we want to thank all the veterans.

And then way out yonder in Texas. None other than Big John McTexas. Hey hello Pastor Ernie. God bless you and all the listeners. Thank you Big John. That's Big John McTurnin. And tonight right here live with me our Friday night co-host Ron Ritz.

Good night everyone. That was my uh John Fetterman salutation. Oh yeah that's right when you get started yeah. That's the way he started. He ended first. Yep.

He identified as a baby. Right and see this is what uh what Democrats do. They can do these things. Before we start this show I've got a real tough question to stump you with. All right but you're gonna have to open us in prayer too so. All right right I see you answer this question. All righty. Who who is more green I'm gonna say damaged Joe Biden or Fetterman? Oh boy that is. That is. You say? That is a tough one. That is a tough one. What if what if Fetterman thinks he's Biden and Biden thinks he's Fetterman?

Okay. It's really sad first Ernie. It is really sad state for America coming down to this level here. I know it yeah and I'm just wondering you know you know Biden when he gets out there he looks he squints his eyes and he looks. People don't realize he's reading off the cards okay that they're putting up out in front of him he's reading and he turns to the right and he turns to the left and you know I'm wondering you know if he had a big heart and you would say I'm Joe Biden I'm clueless I don't know where I'm at what I'm doing here okay if he would read that because. Well he's done that before where he's actually the you know it says pause repeat the sentence he's actually read the the transcript.