Fighting the Noble War, Part 1
Grace To You
John MacArthur 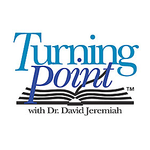 Resurrection and Reward - Part 1
Turning Point
David Jeremiah
Important Note: These transcriptions are generated automatically and aren't perfect. We have generated them and made them available to aid in search and accessibility to the shows on our network. While we are constantly working to improve the technology and accuracy, we can't respond to requests to fix errors at this time.

This is proof motors Cheryl Davis matters project whose mission is to empower men and women to teach biblical truth in the culture of the marketplace of ideas using the Bible as a sacred trust of truth and Sherry the message of Jesus. Learn more about the ministry of the current project at www.projectmatters.com today we get into the book of Revelation chapter 12 is your host Hiram Dr. Cheryl Davis and thank you for listening and treat matters as we continue to go to the book of Revelation. Last week we covered the seventh trumpet.

I'm at the sounding of the seventh trumpet. This opened up the seven bowl judgments.

This is the final seven judgments before the transition of power from Satan to Christ. Kevin is worshiping God for all that has happened and will happen and we see the Ark of the covenant in heaven let's get into chapter 12 is.

Behold a great fiery red dragon, having seven heads and 10 horns and seven diadem's on his heads. His tail drew 1/3 of the stars of heaven and threw them to the earth and the dragon stood before the woman he was ready to give birth, to devour her child as soon as it was born.

She bore a male child, who was to rule all nations with a rod of iron in her child was called up to God and his throne. Then the woman fled into the wilderness where she has a place prepared by God, that they should feed her there 1260 days, and war broke out in heaven. Michael and his angels fought with the Dragon and the Dragon is his angel's fault that they did not prevail. No is a place found for them in heaven any longer.

So the great dragon was cast out in the serpent of old, called the devil and Satan, who deceives the whole world. He was cast to the earth, and his angels were cast out with him. So we get into symbolism and as I said, you know, some of these chapters are some of the most difficult chapters to interpret as we are talking about symbols and really what they mean. I would say this is a great wonder you had this woman is a great wonder how a great sign appeared in heaven. Woman clothed with the sun, the moon under her feet, and on her head a garland of 12 stars and being with child, she cried out in labor and in pain to give birth to yet. I'm sure you're probably asking who is this woman as I was asking the first time I really read Revelation in depth is who is this woman and there's a lot of debate about her identity. Actually, I'm so glad you asked that question were going to get into who she is.

If you read the media or you scanned the Internet on Christian science, religion, founder Mary Baker Glover Patterson Eddie says that it is her. The Catholic Church teaches that the woman represents the Virgin Mary, who is in heaven. In bodily form. Following her assumption and assumption is when you're taken into heaven when the course of her life was finished. There are quite a few issues with this we know that it's not the Christian science, religion, founder Sam Messerli gonna defend that. But they are quite a few issues with this being married that aunt Mary had already birth Jesus before she was ascended in heaven. Some Protestants teach that this woman is the modern day church but the church did not birth Christ. The church is his bride, the correct identity of this woman. And really when you read on verses one and two MPs context clues as far as the history of Israel nation, the correct identity of this woman as Israel was going to truth matters with Dr. Cheryl Davis matters is a ministry project-based ministry theology goes inside or outside of the church. If you'd like to loosen these messages on demand project matters are Joe and click on the podcast like Dr. Davis is also available to speak to your ministry or church function. She can be reached by email at Cheryl Davis Project matters.com. Or if you'd like to send a letter the adversities, project letters, PO Box 159 St. Paul's, NC 28384 matters weekdays on this radio station at 8:20 AM and 5:20 PM full length teaching on Saturday at 12 next was all worked together to teach biblical forces equipped edify and encourage one another and bring the gospel to the world because matters