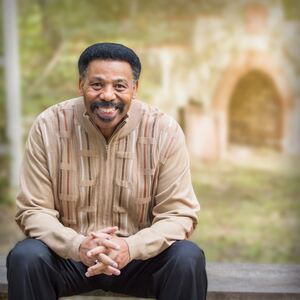 Let's Get Reacquainted with the Spirit, Part 3
Insight for Living
Chuck Swindoll

Longing for Your Presence (Through the Psalms) Psalm 84
The Truth Pulpit
Don Green
Important Note: These transcriptions are generated automatically and aren't perfect. We have generated them and made them available to aid in search and accessibility to the shows on our network. While we are constantly working to improve the technology and accuracy, we can't respond to requests to fix errors at this time.

Only it's all because they're all playing the same Dr. Tony Evans says it's time believers change their tune in. This is the alternative with Dr. Tony Evans, author, speaker, senior pastor of Oak Cliff Bible Fellowship in Dallas Texas and president of the urban alternative prejudice takes practice, Dr. Evans, you said most of us have been getting plenty of practice since we were kids on learning it is an easy but as way of introducing today's message where we start needs to be a call.

First of all to the Christian community. But even broader to understand God's perspective on grace and culture and to begin to respond to that perspective, rather than all the opinions of men. God created the races he had in the 10 for he has explained how he wants the races to work and to work together and that's what we should be promoting what get some practical advice on how to do that as we jump into today's message title maintaining Christian unity. What a great experiment. What nationality is the American experiment to bring people from all walks of life, from every nation under the banner of a single flag to intentionally seek to bring across to be sure, people from all kinds of other nations would make a union called the United States of America would pledge allegiance to a single flag even though their backgrounds were different and unique in the simulant when someone says, Irish-American or Swedish American or Polish American on African-American or Spanish American. The phrase cites the uniqueness the last word cites the unity what uniquely based on cultural history or background or previous location. I am under the American this experiment and it state even though the people seeking to be united with totally different.

What is the American experiment from cultural historical and geographical perspective is that this nation, the church of Jesus Christ was meant to be the King of Kings and Lord of lords people from different backgrounds and cultures, different perspectives, pledging allegiance to the cross, God in history, creating people because they were the same, all pledging allegiance to the same Lord is the issue of unity is such a big deal in the Bible so stupid in Scripture is what God has called the church to be local expressions and practice of unity has everything to do with the absence or presence of God in the midst of his people. Verse 10 reveals one name of Jesus Christ, that you all agree that you complete the same judgment unity. The problem in this chart of the problem. It shall fall back to me among you decorate with one another like for you to stabilize seat of Christ, based on personalities with all members of the church, the beginning, which were Gentiles, Gentiles, and we would get from the beginning we knew what was going on way back where we were the founding members may cause the way Andrea grace, culture, educated trips to the intellectual level with those who were barbarians. They were not educated. They wanted to create.

So where were we the church. We are.

They wanted to make sure Jewish tradition injured spiritual group are not of any of them. I belong to Jesus's because you know me better than everybody else what the Bible because the Bible using spiritual language to make himself better than everybody else with the division disgusted to understand is that God created one next walking in another direction. We are one of the spirit. We are one of the law easily lets you understand what God is created in the church will never be the church no matter what you call it what is this thing called unity saying this one. What is not whether you talk about your family unity or in this case the church unity. Let's clarify unity, uniformity, unity that would mean Christianity to bring together the background so meet me delete some of the parties. Some go to parties summit you so much Gentiles.

We got we got females. We got the little plastic class dictated people different charges for different groups we name the name of Jesus Christ while we all can get along church said no to be of the same unified unity does not mean uniformity. Unity can be simply as one purpose, unity, especially the church of Jesus Christ. One purpose. You are saying this is where you going.

In other words, it is the goal that produces the unity unified does not believe that everyone playing the same position.

Everybody is going to the same goal is loneliness the same instrument because they're all playing the same song singing the same things. It is all that produces the unity unity means that there are competing goals, competing agendas, pulling in this direction direction which is a problem. If you are operating in the same space. One of our members decided this would be chaos will my favorite Christian that it was Christian elements will make it right. Scripture.lessee is chaos because the munching with one band member. One man, and the implications are staggering that one band member with everybody else.

During the two you might make the focusing role close attention to you. Yes you same purpose, unity, uniqueness, same sex but unity is in everyone's goal. Dr. Evans comes back in a moment to talk about Satan strategy to do this, unified believers first so if you're ready to start making a difference in the effort to build unity in our churches or neighborhoods in our country we put together a special package of resources for you. It includes Tony's current six part series faith, hope, unity, attribute to Black history month as well as his newly revised book oneness embraced oneness embraced as a powerful book that explores Tony's personal hurts and hopes over the culture and racial divides that have separated God's people. There's a full section on black church history providing a source of background and understanding that's been missing from social discourse and there are practical kingdom minded steps. The churches and individuals can take to overcome prejudice, heal divisions and build unity right now. If you make a financial contribution to help us keep Tony's teaching on this station will send you all the messages in the faith, hope, unity series and the oneness embraced book as a thank you gift distraught by Tony Evans.org today to get the details or let one of our team members help you when you call us at 1-800-800-3222 our resource center is open 24 seven so there's no need to wait again, dial 1-800-800-3222. I would think that information later on. Right now Dr. Evans will return with more of today's message right after this was my first time meeting Wednesday after studying theology Tony Evans training center by renowned theologian Dr. Tony Evans. These online courses feature controlling inexpensive video and audio teaching interactive Scripture based curriculum you can access online or through the mobile app sign up now. Tony is training Dr. Evans and exploring the kingdom anytime, anywhere streaming the issue because all this if you wanting what you want to become confused about no you about me and you want to create the Angels and the children will pay you to create with God.

Unity is he know about God. We and that is God's disunity because of the nature of the great doctrines that is too many buttons. That is a hot doctrine today and that is Trinitarian.

The Bible said they often recall God, but these three concepts, so that distinguishes the Christian.You believe that this is a One Christian, you want all three persons yet. In other words, the same the same person is like a pretzel with three holes in it will all make assets member of the other two. Discussion of you in the spirit with one another work not on the cloth of the father the son and there was harmony time with the Trinity, so when unity no what he wants if he wants to get laid as my God, my God, the Bible says in verse seven says that this probably blocks answered prayer unity comes from the very nature of God created unity with the cause of Christ gets our undivided attention and called down, which is the distance from the father culture with class breaks people not based on that will call Christ Bible makes it clear that the ground is across what your economic status is what your education status. I don't care what you just said the same agreements, you assume the same by grace you must unity of the faith unity of the church because all the people and not experienced when God seems unity God brings some of the window unit will flowing down like the anointing of the Prince of the Holy Spirit. When the whole is able to come down if that's what it gotta be leadership at the top row of the body comes down to the spiritual leadership of the spiritual leader the anointing of the Holy Spirit come down which company the doctor 20 talking about what is going to take to build up the bonds between believers and he'll come back in a moment with a final thought in the closing prayer so don't go away. In the meantime, one practical step you can take to foster racial reconciliation is to pass this message on to your friends, your family and your church leaders. It includes more material than we were able to present on the air today and it comes as a part of Tony's current six part message collection, faith, hope, unity, attribute to Black history month. If you request it right away will send it to you along with the stereotype challenging book oneness embraced this limited time special combo offer is yours with our thanks when you make a contribution to support Tony's ministry is always details are waiting for you it Tony Evans.org or call our resource request line at 1-800-800-3222 were team members are standing by to help you day and night. That's 1-800-800-3222 with Dr. Evans you talk today about the importance of building unity in our churches, and having that spread indoor culture as we close. If you would lead us in prayer. Toward that end, we know that you placed a premium on unity because you yourself are unified even though their distinct members of the triune God want us to reflect that image bearers would you awaken your people to not allow illegitimate differences to divide us, but to identify differences align those differences with you so that those differences complement one another in achieving your goal in history which is your glory in the advancement of your king.

Thank you for working in the heart of your people to model before your world the uniqueness of our unified God in Jesus name, amen. Well tomorrow more from Dr. Evans on the power we connect with. When we unite with others in God's family. In the meantime be looking for ways to spread kindness to those you encounter throughout your day.

The alternative with Dr. Tony Evans is brought to you by the made possible by the generous contributions listeners like