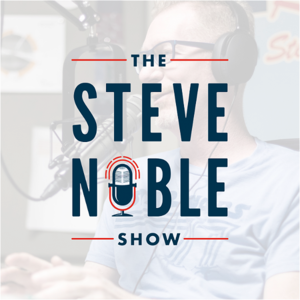 Additionally, to learn more about the Rescue Mission, check out - www.raleighrescue.org

Here at The Steve Noble Show, we wish to spread the good news of the Gospel to all nations through the airwaves. This mission, like other missions, requires funding. The main funding of the show and this mission is from donations of listeners. So, we prayerfully and humbly ask to donate if you are so convicted to - www.thestevenobleshow.com/donate

Fly Like An Eagle Scout - 7
Common Ground
Bill and Odell 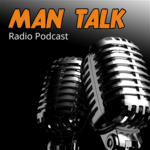 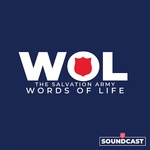 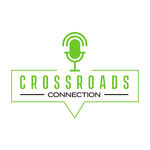 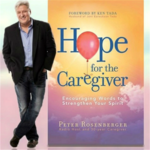 "We're Doing Aging Wrong." A conversation with author, Stephanie Erickson
Hope for the Caregiver
Peter Rosenberger
Important Note: These transcriptions are generated automatically and aren't perfect. We have generated them and made them available to aid in search and accessibility to the shows on our network. While we are constantly working to improve the technology and accuracy, we can't respond to requests to fix errors at this time.

Everyone I know will show where the entity meets the everyday issues of life in your home more and even in politics.

Steve is an ordinary man who believes in an extraordinary God is on a show, there's plenty of grace and lots of true no sacred 866-34-TRUTH or check them out online.com.

Now here's your host well ramp when you're coming up the highway sometimes him walking around the mall. Sometimes him downtown.

If you live anywhere near a city area on urban area. You'll see some homeless folks walking around and oftentimes we don't give a lot of thought I'd I'd I drive by more than I think about it and you know you kind of assume the worst.

You well by community cash there to spend on this than the other thing many of us will talk about specially in Sunday school will talk about well what should you do when you see almost person while you should stop and get to know mature the gospel with them and we talk about that but dubbed very few people like about economy on both hands that I know that it actually stopped and engaged a homeless person and out to find out what their story is what's your background and how they end up there in – how can you ask should be of help is a great book that came out several years ago called when helping hurts and the easiest thing is usually just throw money at it, but is not always the best thing if you get in the disciple somebody and try to care for them and walk with them. That's kind of ugly, and it takes time and one of the organizations are around the country. Whether you live here in Raleigh, North Carolina or not.

I rescue missions are all over the place here in Raleigh we have one that most people around here, especially believers in church folks know about the Raleigh rescue mission is been around for years but were actually live on site down there today and for some reason just because were at this big conference table, John Luckett, who is what your egg. John and I met each other, how long ago did we meet was about a year ago about a year ago you and what your title here on the CEO.

The CEO by way of Atlanta. That's right, and were sitting at this big conference table, so it feels like were about 300 feet apart on the were not on Facebook live looks okay on IRC brothers regret were friends were not sitting this far apart for any other reason than that just the way to set up his butt is great to have you on your thanks for inviting me down. It's good to be here now. Glad to have you down. This is great, so will find all about Raleigh rescue mission will fill kind of the history of the mission in the history and how you ended up here.

But let's start about with just generally in order to dive down into this and rushing to talk to to the clients that are here at the rescue mission were in a talk to Jason O'Brien first he's been here for between three and four months and you'll hear his story worries come from what's going on here how to the end up in a rescue mission in the, what are his plans and then at Ebony Randolph, who just recently I'd like like a week ago yesterday. I just got a job.

She's on one of the more advanced phases here at the program at the Raleigh rescue mission.

So you hear from Ebony and from Jason later, but will spend some time talking to John now so give us just a little bit of history of the Raleigh rescue mission that will talk about how you ended up here, or great organ around 58 years just celebrated Julie on November 1, a 50 year started out here to same location, 314 E. target was a house and accepted two men in 1961, while a lot easier in 1960 want to get people dropped you not read do anything, but basically will the work and you could find a job exchange allotted 50 certainly has now so this is a week week. We now have about 110 people, most of them were women and children were stressed. A growing population of homelessness. So it's a will be different than working out of the door, right near the heart of downtown. Yes, right near more square, which is a lot because this part of town down was unknown for the homeless population. More square which they completely just redid downtown Raleigh. If you've never been here has gone through a major upgrade facelift in the last 10 or 12 years, and whereas, on weeknights, and even the weekends.

Nobody was down here after 5 o'clock just working people, but now it's just kind of alive all the time told the young people down here now, but this is this is an area where there's all kinds of poverty still even though the city is expanded a lot and grown a lot, but homelessness is a big problem here is it is run the country's troopers true, while little downtown five blocks on a mission. So we love walk around downtown and I hear I just moved here two and half years ago, so I don't know the history like you do. But I hear that this theory like you said, was not the place that people want to move to know all ago yeah we love it lot opportunity. A lot of great things going on so now that is homelessness, not just deal here in the red Ryder and Chapel Hill area, specifically Raleigh, but nationwide and that this is a we talk about California. We talk about LA we talk about San Francisco and everybody kinda rolls their eyes and Chris of course that's where you can have bad homelessness problem because you got the liberal policies out there which were not talk about politics today. But this is a nationwide problem. Yes, it is conservative numbers of the half-million people that are homeless. That number could easily be double because a lot of times it talks about unsheltered as opposed to individuals who will culture refers individuals who move from home to home or other friends live in hotels and also live in the cars truck tell people that it's hard to count the number of homeless individual because just think about it you think we get all the homeless people in Waco, Schober, PNC arena, having counted been work that way. So you really have to figure out the different places where individuals meet assistance and that's got wonder ways recount them in and is there a way that typecast people that end up at the Raleigh rent rescue mission.

It seems like the story rarely yeah it is this extreme differences, I can tell you that we've got people who had great job before then they had issues that happen in your life. Some of things that people don't know about or what happens when you have a health crisis you don't have insurance and then you lose your job and then you have a ton of bills to pay. What happens in the death of a spouse. What happens with the death of a parent if you're younger or college-age person. All these situations and then one thing that we see a lot of is the adverse childhood experiences that have crippled people for a long time so is a lot of hidden issues that people do not know about. We do not see socials abuses is a big issue because we know one things are true, that multi trillion dollar industry is not driven by homeless people money any money to buy drugs yet.

What about you, I now think I think we kind of think that generally while everybody got a drug problem so they end up homeless. And that's how they go to a place like the Raleigh rescue mission. But that's just not true is not true. They're happy from all walks of life that is basically will have a safety net of individual to help them and so we saw libido that in 2000 62,009 when individual lost her job.

Remove vacuum with his family. But guess what worked and have the family moved back in with what happened in there been home yet because most of us summing. Certainly, myself and my wife and our family enough, everything hit the skids and I lost all my sources of income yada yada yada. We have all kinds of family we have all kinds of friends. We think that's normal but there's a lot of people in this country that do not have that directly there is there is no safety net so will talk to two people, Ebony Randolph and Jason O'Brien who are here their clients at the Raleigh rescue mission but will hit the break in about a minute and 1/2, but how did you end up here is your family are not homeless. Well, that's right, it's a long story I will tell you that this is not my goal in life to rendezvous with the guys. I have added a different plan for my dog and a child like you were down here. The Raleigh rescue mission.

He's the CEO. This is Steve Noble Steve Noble shelf. More about this incredibly important work that the Lord is doing here. Probably not to frolic around the country and will hear from a couple of the clients here as well will be right back at the silver live from the Raleigh rescue mission today downtown Raleigh just an incredible organization been here over five decades.

God just continues to do miraculous things here and a lot of rescue missions. The ones that I been around for the last 10 or 15 years will they're doing great work, they don't always innovate, they don't always gonna look at kind of modernization. If you want to use that word. But one of the things that's going on here. Since John Locke at the CEOs come on board as is this whole new track in terms of what such as give people a meal and simpler saved and help them get a job at help him get the kind of job and get the kind of work training that they can actually sustain themselves. They connection