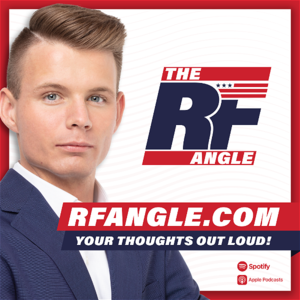 Rush Limbaugh and YOU?
The Steve Noble Show
Steve Noble

Death of a Legend
The Steve Noble Show
Steve Noble

What Family Caregivers Can Learn From A.1. Sauce
Hope for the Caregiver
Peter Rosenberger
Important Note: These transcriptions are generated automatically and aren't perfect. We have generated them and made them available to aid in search and accessibility to the shows on our network. While we are constantly working to improve the technology and accuracy, we can't respond to requests to fix errors at this time.

Role here when you train one pastor and some donor friends are standing by to train the second-best call 833-443-5467 or go online and train a pastor.com. Every gift counts and now every gift is double train a pastor.com I wanted to start this out by saying that we are dedicating this episode to the late Rush Limbaugh who just passed away today at age 70.

From stage IV lung cancer. Think many of us are in disbelief. Quite frankly, he works his first ever radio job at the age of 16 at a radio station called K GML in his hometown which sparked a passion and love for something that he would do for his entire life. Rush dropped out of Southeast Missouri State University in a second semester to pursue a career in full-time radio jump from station to station trying to establish himself as a radio DJ Taft broadcasting even told Rush that he would never become a successful on-air radio host after a brief stint working as the director of promotions for the Kansas City Royals Limbaugh dove back into radio and had his first big break in Sacramento, California, Limbaugh tripled the programs ratings and bigger stations eventually took notice in 1988 Limbaugh was offered the opportunity of a lifetime. He started a show at WABC in New York and is never looked back since. But really folks, Rush built a national platform with over 20 million listeners weekly in the 1990s, people often call Rush a trailblazer, a trendsetter and that is most certainly true.

He unapologetically stormed onto the scene with a loud tell it how it is style that resonated with conservatives all across America. Limbaugh gave a voice to those who felt like they were forgotten.

The forgotten man and women that Trump always talked about. He said the things that so many Americans felt, but did not believe they could say out loud part of Russia's legacy is helping Americans realize that the mainstream media was not objective as they claimed they were. He started the movement which Pres. Trump picked up to show the American people that the media was in fact biased and at all Terrier motives and we thank him for that. Ultimately, Rush Limbaugh was the voice of the common man.

People loved him because he cared.

He genuinely cared wasn't just a talking head. He stood up for conservative values that many Americans hold dear and he fought for them each and every day. Today we lost American hero, a patriot, and someone who is shaped the conservative message for the last three decades. Rest in peace Rush