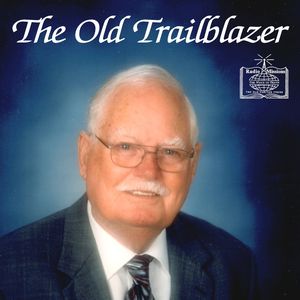 Today's broadcast is a continuation of the series Hebrews Chapter 11.

Why We Get Angry, Part 1
Fellowship in the Word
Bil Gebhardt 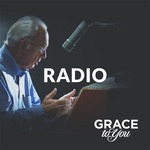 God's Pattern for Parents, Part 2
Grace To You
John MacArthur

Acts Chapter 7:14-24
Cross the Bridge
David McGee
Important Note: These transcriptions are generated automatically and aren't perfect. We have generated them and made them available to aid in search and accessibility to the shows on our network. While we are constantly working to improve the technology and accuracy, we can't respond to requests to fix errors at this time.

This is the old crib as a broadcast dispatch of indomitable trailblazer past to hear real missions First Baptist Church of Algiers formally in New Orleans Louisiana where we were there many many years. Pastor John was a founder and a pastor there for 50 years and he gonna be with the Lord many years now. No trailblazer pass up in dollars. Pick up the reins of old know Dan and Rod now nail when the gospel given out the gospel and would like to hear from some of you let me know where you listening like to hear from some of you if you hear us for the first few time and remember my mailing address trailblazer, PO Box 1810, Walker, LA 70785 we get back and I stood in just a moment but will play you one more choir songs on CDs and then I'll tell you how you can receive them. So you listen would you do that and not let me know if you will. If you like a will and and and and and and and and and and will will and will and will and in and will and and and will will and in all sinners saved by grace you know I have folks write music fast. Don't call me a sinner.

I'm not a sinner with no trailblazer save center just an old sinner saved by grace, my friend. Why would the Lord choose to save an old sinner like the old trailblazer. I don't really know how I found out out maybe one day in heaven sure one anything. Lord saw in me. I have folks I will skip this is not done that not go to church every Sunday.

Not good by Bob Loblaw know know know know that none of that has, in effect, my friend the Lord chose to save a number that no man can number but let me mention about the CD and saw five dollars and will send it to you and if you don't like it send you money back I will I give you money back, but we have nine of them and they are all nothing but old blood songs by 15 1808 CD. Let's get back our study, we were looking there, Joseph.

It brought those two boys up there in Egypt.

Joseph live was an Ethiopian woman. Joseph had done refused to let the board be brought up in the ways of the Egyptian in that idolatrous worship.

He warned them identified would got identified with God's people and didn't rest until he receives a blessing from their old grandfather Jacob all my friend limitation.

You got there. You fathers and mothers who hear me, your pastor, no trailblazer your pastor where you live, where you attend services you may not be all that you like to be. He may not be all you like for him to be listened. We listen he may not be all he like to be, but you can look closely and find the faults and failures like old Jacob live but does not tell you one thing, don't criticize them. Don't magnifies false and from your children. Oh, I don't care who your pastor is I will always be here either. Somebody else will stand here make the services.

I hope and most of you will still be here. Don't don't criticize your past, there should be a constant rain of your children. Pastor, I want my children to be made a member of the household of God. Now if Joseph had criticized his father.

The old patriarch. The leader that plan old Jacob was kind like a pastor of the clan. They all looked up to and do you think it would have much effect on those two boys know but when Joseph brought them to Jacob, he will sit down the side of his bed hoary head stoop shouldered people dine and he said father I want you to this. These two boys.

Now when you bring your brave babies to be blessed. Do you mean it. Do you mean it will listen, that was a great day when Joseph brought Ephraim and Manasseh, and put them between his knees of the old patriarch and blessed him while he was dying. Now our churches are going what we used to call the mudflaps today older religious world has gone, the apostasy has set in because I put opiates are not filled with men of faith, men who awoke the rugged pathway alive as a life of faith. If you did, you wouldn't have all if they did it wouldn't have all this time, Rod. This priest today.

All of this easy believing is from all of this decision is in all of this turning over new leaf. All of this simply be baptize all those things are not of the Lord, my friend know they don't even smell like salvation. Listen, you wouldn't have the minister trotted down the country in the infernal ungodly marches and all of those things strut their stuff and ministers of the gospel, you wouldn't have them run off with a piano player going out in somewhere and try to get lost and you would have them all homosexuals in a pool.

My friend, their ears are blinded. God have mercy upon this poor country of ours. The apostasy is here is not coming.

It's already here in my pool feeble mind my for feeble estimation judgment could fall upon this country any day now. Just like it did on Sodom and Gomorrah, we would have a thing to say about it. We would have one word to say why Lord because we would know because homosexuality know St. were there with her prevalent sins. In those days in the prevalent sand in the days of Noah. When the flood came, and the prevalent Sam Solomon Camara and all of the other cities of the planes that we know about my friend, God hates sin. God hates the Internet sin of homosexuality is so ridiculous and so perverted and so so vulgar and so filthy that the Lord is going to do it out of his mouth. One day, and I praise the Lord for all.

My friend, you and I is coming is to spread like wildfire, but the Lord says one day one day you have enough of this. Now let's go back we will we talk about preachers parading up and down the country against things is going on. Listen calling himself. Preachers want to take a single down and put up a put up there minister of jackass club.

That's right, that's all they all never have been redeemed by the gospel of the son of God… Mean I don't believe in civil rights rose think surely I do all of those thing I want to you. There is been down looking down the boss of authority in the homes inappropriate in the cities in our state and now as never before in our national national political scene is gone, my friend Miss Cohen. We have let the bars down. I just want to you that God loves sinners and he is able to save them into sin, but old Jacob here he was, he first persevered and he stayed true and we could go back there. I asked you to take your Bible and read a whole story of Jacob and Esau on all of those thing is it'll it'll give you different slant on on God's child, how it will my friend listen this country and I can't. I can't describe to you how far we have drifted into apostasy. I'll maybe get into that in our next study, but this old patriarch Jacob spoke with the voice of authority and Joseph the Prime Minister Egypt recognized oldest my friend would get him a little bit later I just want to take a moment and tell you no trailblazer. I would like to hear from you like to hear from you folks were listening over new stations, old station and then hit me with about 10 no trailblazer broadcaster sponsored by Goodwill love offerings.

That's all the church year stand behind and the church has to have helped to get all these broadcast going over hundred station now with the trailblazer and going on about 50 more station with the voice of truth, and the Lord gave me the impression to go along going station and I told you before.

Be instant in season and not as he let me get up all but go to work at me to go to work she Jacob particular lethargy to your legs and go to work and get up, stand up, but a broomstick in your backbone and preachers young preachers to put them back on. Don't stick up your backbone give you little strength and pretend all the calls. That's right; wanted good assignment for sale that will my friend you know you if you wait long enough, somebody criticized old pathogens and nobody criticize him. He just hire somebody criticized. But listen. Satan is always open about his business and you know that.

Let me give you additional information. Though there are website regulations.org and now you can look up over there on the left side radio broadcasts. Click on that and then go across the page 2 sermons Rick trailblazer boss and truth.

You look all those things up if you would write me let me hear from you. And remember my mailing address. No trailblazer PO Box 1810, Walker, LA 70785 goodbye and God bless you. Till next time, and in an and in all will and a and a and and a little