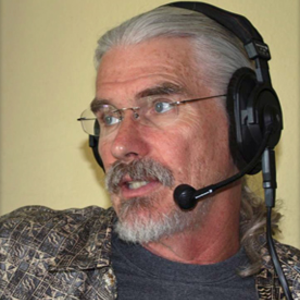 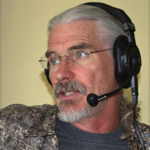 The Narrow Path 11/16
The Narrow Path
Steve Gregg
Important Note: These transcriptions are generated automatically and aren't perfect. We have generated them and made them available to aid in search and accessibility to the shows on our network. While we are constantly working to improve the technology and accuracy, we can't respond to requests to fix errors at this time.

Welcome to the narrow path radio broadcast my name Steve Greg Moore live as we usually are.

Yesterday it was a holiday in the studio that produces a shout.

I was so closed for the holiday so wouldn't have a live show but our normal procedures to have live shows like we do now every week day for an hour and to invite you to call him if you have questions about the Bible of the Christian faith or if you have a different viewpoint from hosting want to talk about that. The number to call is 844-484-5737 that number again is 844-484-5737 and we do have some lines open right now were guitar for Saul to Brian calling in from New Hampshire, Brian. Welcome to the narrow path is for calling. I want to be brief on a point, but I want to bring two parts of it will click here. I've heard more than one someone calling India showed us all concerned about racism and that was a few days ago a guy was very concerned about the racism and what the point where it now.

I really racism is a problem in probably more than one way of what I have a really, still with is when people will get very upset if you use it in word was a black or about a black person but they will use the Lord's name in vain. All day long with no problems at all. And nobody rebukes them for in the other point is to it is that black people don't want talk about Jesus and about what Jesus did for them but they will use Jesus name in vain without any problem. Even during their cursing and swearing, which is all before God is blasphemy. Well, I agree with you. I think that things are not likely to change this country unless there's a revival back in the direction of Christianity because of the reason of course of their sensitivity about our racial epithets and not about the use of the name of God or Jesus in vain is that the nation is sensitized to racial issues.

It's not sensitized to the things of God that would that's not to my mind if we lose sensitivity of the things of God. We can't help but go back into more racist culture because it's actually Christianity and only Christianity that declares all men to be really equal made in the image of God. If you don't have Christianity, then you have religions that are racist in themselves or you have a atheism which is not intrinsically racist, but Darwin was certainly racist. Darwin thought the black people are inferior because they were in is highly evolved as as nonwhite people.

He thought Amanda of course atheism is often very racist. Now, unfortunately, racism has been found among people who profess to be Christians, and that should not be because of what it is, of course, it is completely contradictory to Christianity. And so while we have people who are not consistent at anything. We also people who are not consistently being Christians, so when you find racism among people who say the Christians you're finding someone who doesn't really understand the Christianity that they profess to believe in or they don't believe it is much as they may pretend that's if you lose Christianity elusive sensitivity to God and Christ into the Bible, then there's really nothing to hold back the resurgence of racism and of course there was a lot less racism all back in the 70s I believe. I think that when I was in high school I got out of high school of a and I think everybody it was ever was just to not not very mindful of her sleazy California car site here in the South that be a different thing or some other places but in California where I lived. I don't think I ever met anyone who seemed like a racist. Whether they were white, black, Hispanic and Asian or whatever, but that is changing because of course the country is drifting away from its godly sensitivities and and there are people. Of course, while they are trying to remove the biblical basis for our society. There also try to promote racism and you can see that all the time is not where the where the news people say it is. It certainly isn't.

It certainly is an trump I've never heard him say racist remark but said it certainly is in the left agenda to mill militate the races against each other and enter accused those I don't agree with has been racist, so racist racism. Racism is definite on everyone's tongue these days and it was kind of a nonissue. 50 years ago or four years at least in this part of the country now and I wasn't in the South. I'm sure it was bad there all right will appreciate your call. Brian