Short Take: Have you ever seen the United States this divided?

Short Take: Have you ever seen the United States this divided?

Description: Short Take from The Christian Worldview program on Why God-Defined Family and Morality are the Targets of the Revolution 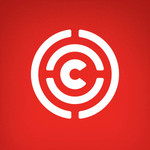 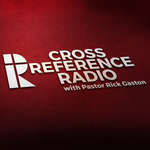 The Sacred Calling of Work, Part 1
Wisdom for the Heart
Dr. Steven Davey

The Hand of Sovereignty (Part A)
Cross Reference Radio
Pastor Rick Gaston
Important Note: These transcriptions are generated automatically and aren't perfect. We have generated them and made them available to aid in search and accessibility to the shows on our network. While we are constantly working to improve the technology and accuracy, we can't respond to requests to fix errors at this time.

Do you remember another time in this country when there is been this much division and unrest as you live through a lot. You mentioned early from the Great Depression to World War II to the 60s and 70s the Vietnam War 9/11 and all the different things you've lived through. Have you ever seen a time like this never never never never.

I've never seen anything like this. Dad and I don't keep up with the news and were just acutely.

I don't know. We've had two main teachers for a long time now. John MacArthur has been teaching for 50 years.

We happen to find him in the providence of God when he first started and we've heard his teaching every day, and Alister bag. They both are the same in their doctrine and teaching, and Alister bag said he just started out talking about this morning. He said if he got onto all these different issues that are going on now. It goes nowhere is the constant drumbeat of going in circles about this and that but he said you just have to stick with the gospel, the good news that Jesus Christ died for your sins.

That's what we need. That's that's all we guess the truth, and John MacArthur the same way talked about it last Sunday for over an hour just about the mess the country is in the world's end, but it's all sin. With her eyes in the middle. The word SIN it's all sin and until people deal with their sin and repent of their sin and see themselves as sinners. It is never going to change. It's only going to get worse. We are here were born reproduce in their sole purpose is not to solve our racism or whatever the heels of the day are but the sole purposes for individual Christians to tell others about Christ. Christ didn't save us to live under ourselves were to take it in and give it, apply it, then give it out. Not keep it to ourselves and live a little insulated isolated life just for ourselves. That's not what the gospel is about in the beginning of our Christian life. We learned how to give the gospel and we've done that all of our Christian life and we've seen people who have put their faith in Christ and grow in Christ and that that's the reason we're here is to tell others about Christ so they can know into so that gives our lives so much more meaning to see someone else know Christ to