Short Take: What kind of statues do you think the vandals would want to erect?

Short Take: What kind of statues do you think the vandals would want to erect?

Description: Short Take from The Christian Worldview program on Tearing Down Statues to Make Totalitarian America 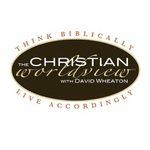 What If You Refuse the COVID-19 “Vaccine”?
The Christian Worldview
David Wheaton 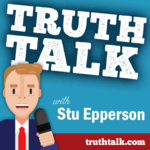 The Biblical Worldview on Overcoming Fear & Worry: The Peace of God
A New Beginning
Greg Laurie

Short Take #4: Reaction to the Derek Chauvin Trial
The Christian Worldview
David Wheaton
Important Note: These transcriptions are generated automatically and aren't perfect. We have generated them and made them available to aid in search and accessibility to the shows on our network. While we are constantly working to improve the technology and accuracy, we can't respond to requests to fix errors at this time.

What kind of statues do you think these vandals and these civil authorities who want to remove them statute you think they would want to erect as they've torn these historic American statues down probably are the very people you just talked about. I'm so glad you're here.

You know that how could we care teach evolutionary theory by Charles Darwin in our schools that bakes black people seem like they're just animals that haven't apologetic human beings. They called it, even if he talked about his own writings, that is so point the civilized they will rise up in and extinguish them from the earth and the border singers who called the human weeds and get a Planned Parenthood is in every black neighborhood in America. Why don't we go tear those buildings out and not recommend we do have state if they want to have rebellion against something that is hurt the black people there hitting the wrong targets.

Here's the reality to you don't ever want to remove your history. Whether it was good or bad, because you want to remember the past. Either way is either history to remember the old guy keep doing that or we should do that. I think in Germany the Holocaust, they did tear down all those Auschwitz know there's still there because they want people to come see this is what happens when government gets total control and they would keep those there to keep reminding people so even the statues of somebody's people.

Their whole life was slavery which I don't think any of these people was then you remember that you go you know if there's a time in America.

We thought that was okay but it wasn't the look we change now to understand all men are created equal and endowed by their Creator with certain inalienable rights all keep in our family document the very foundry with is the fabric of America, the Declaration of Independence stated that and again they had started this country where they arty have corruption of slavery going that should be a lesson to all of us know never start with the first little sin because it keeps growing in that it makes it harder to turn back harder to come up with a solution to the problem and and that's what we see from this