Republican Humor and its not the Elephant in the room...just sayin 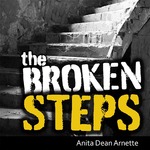 Matter Jokes
Kingdom Pursuits
Robby Dilmore
Important Note: These transcriptions are generated automatically and aren't perfect. We have generated them and made them available to aid in search and accessibility to the shows on our network. While we are constantly working to improve the technology and accuracy, we can't respond to requests to fix errors at this time.

You know it's Easter Eve so you're probably one and Robbie. What does the Republicans have to do with Easter. Why have an answer for you as you might've guessed. So, speaking of Republican you like this bill. I just found out my grandpa a lifelong Republican is going to vote Democrat passed away. This would never happen if he was alive, distinctly and my mother died in 1991 and 1992. Yeah, that's right here in Winston-Salem. So in my name happens to be Robert Mr. Moore, Junior, and so I went to vote this year.

My dad's been good like three and so they had me down like are you, you know, and when that when I saw the name he had on him like no that's not me. So Democrats wanted every American to receive a $1400 check while Republicans numbness they favor giving everybody 10 pounds of Parmesan cheese is the GOP and align they want to make America great again five-minute Michael you give me yeah so there's a new store where I live. This is where this all fits into Easter so there is a new store. I live in only allows Republicans to shop now they say the customer is always right