Sog of Solomon 7:10 - Lose Yourself In Jesus

Sog of Solomon 7:10 - Lose Yourself In Jesus

The graduation from the 2nd and 6th chapters versions of the same idea - listen to find out how. 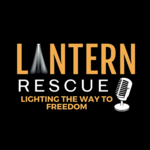 No, the Holocaust Is Not Just One of Many Atrocities
Line of Fire
Dr. Michael Brown

The Wonder of Habakkuk 1:17- Sometimes What We Don't Say Is More Important Than What We Do Say
The Christian Car Guy
Robby Dilmore

Lessons From Superman
Running With Horses
Shirley Weaver Ministries
This is the Truth Network. Peace does, and by all means, this verse has lots of light in it, and it's absolutely a graduation to an extent. So this is going to sound familiar to a verse we've studied before, but it's a level up.

Like, you know, we've been playing Pac-Man and we now got to the fifth level or whatever. So it says, verse 10, I am my beloved's and his desire is toward me. And so there's actually very, very few, but four words in Hebrew in this verse, very, very simple, but also profound, because you might remember that back at the end of the second chapter, she said, you know, my beloved is mine and I am his.

He grazes among the lilies. So that was the first time where she came before her beloved. And then in the sixth chapter, she said, I am my beloved and my beloved is mine.

He grazes among the lilies. And there you see that she has gone from her being first to him being first, but now you may note, and I certainly did, that she has totally disappeared from the equation. And it's all about him and all about his desire toward me, which is just a powerful, powerful word, as we can see that she certainly has graduated. And I love Matthew Henry quoted the 119th Psalm. Of course, anytime somebody does that, I love it. And verse 98, where it says, I am thine, you know, save us that because I sought thy precepts, you know.

And that idea of actually being his is just a graduation. It's just absolutely spectacular. And I found it really interesting that Rashi had absolutely nothing to say about this verse, which usually means that he just perceives that it's very simply understood. And I think it is simply understood, it's very few words. But I went back to, you know, since this word that they use for his desire is for me, that word desire is a very, very powerful word.

It starts with the letter tav, and it has to do with stretching out. But it's, like I said, a powerful word, and it's used in Genesis 3. And in Genesis 3, you might remember when the curse was being put on the woman, and it says your desire will be for your husband.

It's that word. And again, the words used—the only other time it's used in the Bible is used when it comes to sin having this desire. In the next chapter, when Abel is—I mean, when Cain is thinking about, you know, being jealous over his brother. And in both cases, interestingly, they talk about this ruling over as a result of this desire, which I find fascinating. That's how powerful that the word is. And Rashi does speak to that concept. In fact, he takes you to Isaiah and talks about desire there that was literally almost out of control for these people that were searching after Israel.

Anyway, you get the idea that this is a very, very, very strong word, this desire, which means that how beautiful that what she is totally consumed with at this point in time is no longer her or no longer her issues, but completely his issues. What an amazing place to be, you know, is to be just totally concerned with our beloved and what would be his strongest desire. And I think that it's clear that it's your love with all its delights and those delights being not only you, but your children and you making disciples of children is clearly what's going on there. And so I love to listen to Jewish rabbis teach. And I was listening to a Jewish rabbi teach actually on the plagues of Egypt. And he was talking about how from their idea that the idea of a zaddy or a righteous one has what he called night vision, because he talked about, you know, in the military, when they have these new infrared things that they can see at night, what happens is they take whatever little bit of light it is, and just magnify it to, you know, 10,000 times so that they can see at night, which is, you know, sort of interesting way that they look, not the way that we look through, you know, our eyes, but they can see based on the light being amplified in such a great way.

Well, that from his point, zaddies see light in people, and then they call it out when other people don't see that light in people. And so interestingly, you know, I spoke last night at a group in Lexington, just at the wonderful men's group, wonderful men's group. I've loved speaking there over the years, but I noticed that one or two people were missing that I really liked, that really were godly people that I always saw a lot of light in. And then I heard how, unfortunately, they'd broken off from the group over the disputes over doctrine.

Actually, in my opinion, disputable doctrine, I realized for those that were involved, and it probably wasn't disputable, but from my standpoint, it was disputable doctrine. And then, you know, you see this is breaking off of fellowship. And I think, you know, that as zaddies, we are to find the godly and call out the best in them. I know that they may not have the same theology as I do, but nobody does, right? But figure out where God is reflected in them and continue to call it out. And it's interesting that the more that they shine, the less they'll be concerned with what they think, right? And the more they're going to be concerned with what Jesus thinks, and I can assure you, love one another is what Jesus thinks. I can assure you, He is all about unity and all about being delighted in love, in love for one another. And so I love this idea that can we be, you know, those zaddies, can we have that night vision to see the light in people and call it out where nobody else may see it in order to bring unity, in order to bring love. And in some cases, obviously, we call it out in hopes that they will push further into Christ and therefore reflect all the more light where that pretty soon they won't be consumed at all with anything that they're thinking, that they're just consumed here with this graduation that the church has here in the seventh chapter, where it's no longer about them in any way, shape or form. It's all about Jesus's desire. How awesome is that? Thank you for listening.
Whisper: medium.en / 2022-11-28 10:24:38 / 2022-11-28 10:27:37 / 3
Get The Truth Mobile App and Listen to your Favorite Station Anytime