A Widow and a Would-be King
Wisdom for the Heart
Dr. Stephen Davey

The Calming of the Storm
Renewing Your Mind
R.C. Sproul 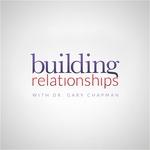 Dear Gary | June Edition
Building Relationships
Dr. Gary Chapman
Important Note: These transcriptions are generated automatically and aren't perfect. We have generated them and made them available to aid in search and accessibility to the shows on our network. While we are constantly working to improve the technology and accuracy, we can't respond to requests to fix errors at this time.

So much, Ron always on the floor of the National religious broadcasters convention. When you do can hear how God thinks your passion and use it to build the kingdom of their somebody amazing people that are following God all sorts of adventures now. Stephen Billy was just even tell us what's got put on your heart and what you doing of the Army to be with you every justice. You have to lead in a trump administration.

I joined the star loser hello hello leaving the trump admission. It run it by me again like you are with the trump administration yet there's direct about White House office management budget work on a lot of governmentwide policy, personnel policy, government procurement, technology self, so you are doing their work on pro-life policy as well. Really wow your world, just went a kinda changed and so coming out of that you really didn't know where I was going to land where what was next to me and ended up getting connected with Charlotte preeminent pro-life think tank. We create the signs statistics for life and that's what God's plan for me was and so came on board as the Executive Director and really does help and expand the impact that organization has a rehab scholars all across the country that your bioethics scholars their practice in OB/GYN better delivering babies all day and getting on the phone with us to brief members of Congress at night about chemical abortion or abortion by mail, the issue of the day and so I'm just where here at NRB working to expand the allies reach and help arm. Everybody with the science and statistics for life. So Charlotte is that Charlotte, like North Carolina or Charlotte.

What is the Charlotte yet.

So Charlotte, North Carolina's room from that's right right but Dr. Charlotte dear Julie hate she is. Her name was Charlotte. Yet her name was Charlotte Dr. Charlotte Searcy was a contemporary Anthony really know they were feminists of the time fighting for women's rights but they were also partially on I did know that nowhere Charlotte Lozier yes is at ardent supporters of the life of the unborn wow yeah talk about you know similar freedom tissue like oh my goodness exactly and so obviously you get to see science that few people get to see what what would you tell our listeners that would, probably, or just tell me like what surprised you that you discovered when you went from what you are doing to like oh my goodness. People need to know this is like what's that yes you going from Canada high-level public policy into understanding the science I think you can look at a lot of the data around abortion and in the use of abortion and there's that medical academies will make the argument that women need to write abortion for family planning. Well, the data says that at most 1% of women use abortion for family planning purposes, if it doesn't exist. It's not used that way.

That is not a valid argument so it again. Excuse my ignorance but probably well a listers like people use abortion as family planning like all I only want to have two kids so I'm in a board every kid after after the two, but that's what the claim is the claim is that that is how women are are using family-planning that's what they're using abortion for but the data doesn't say that and they have to make that argument because they know they can't say they can't advocate for the taking of an unborn life that they can't make that argument.

They have to find something else advocate for next I'm advocating for family-planning, but the data says it's not used that way yeah I would think I who I mean I've never heard of you know my goodness like I hear of abortion is in China.

You know to because they don't want little girls and that comes to think about that the United States is is is really unthinkable, so you guys have for doing the research to back this up like here we go. This is what's really going on. So what is really so what's really going on in his life begins at conception that White House – yesterday, do they believe that that does the president believe a baby is a baby at 15 weeks pregnancy at the Press Secretary dodge the question when given answer. The sign says that the baby is a human being and 15 with an earlier at starting at conception, they can feel pain at their heart is beating, they can suck their thumb they can yawn and stretch.

The unborn, so the Charlotte Lozier Institute your brain function to feel like is it education or is it absolutely yet word education nonprofit and we make sure that we get the signs out there were doing that were writing articles that are peer-reviewed and going to medical journals where working on with PhD scientists study the data around abortion and the impact on women, both physical and mental health and were making sure that that science is getting out to the public discussion where were using science to fight for the life of the unborn.

So watch of the science that you're saying you like to spare the most fruit right now are getting traction with people, wow, yeah, we need to really consider this yet. Why think you can answer from the Supreme Court that they're gonna take on the case for Mississippi Mississippi has that abortion restriction at 15 weeks. The limitation of 15 weeks enough to come before then. This this fall and where to make sure that people understand what a baby is a 15 week work and have a study come out comparing us to Europe that shows that in Europe 15 banded is kind of standard that there's very few European countries that allow abortion past 15 weeks and working to talk about hot 15 weeks the baby can feel pain, the baby can smile, the baby can suck his thumb and so you were protecting the unborn life and we want Mr. to get that science out there. While the Supreme Court is now deliberating about the Mississippi case rights or to chip away at the overall knowledge can eat the whale. Like I said, you gotta take one. By the time of this bite is 15 weeks. That's right, the court, the Supreme Court got a specific case in front of them working to make sure to get information out on that case so they can make the best decision possible. So how would our listeners best praise/support you guys at they can go to leisure Institute.org they can see all the studies that we got out there and certainly we asked for their prayers as we continue to do our part in the fight for the life of the unborn and yeah just continued prayers for the policymakers out there who are having to make decisions about what policies are best protect important while it is so you personally.

You know what I found. Second Corinthians chapter 1 displays out most everybody's life for God comforts comfort others. Is there some part of that verse that plays into your own life when it comes to what now God has you doing yes that yeah I think my wife and I look forward at the table have children were to go through that process of adoption and I think that this is why I am where I am right now. Wow so you guys are looking at adopting and and again, quite likely a child that would've been aborted head. Some of your science not happened and so that's really that were putting our faith in God that the child that he chooses for us in his will end up with us and you know what's more beautiful than that like. There's a real fruit like.

Here's this child in my arms as result of how God's taking your passion, so wow. I know I listers you be praying for you. Thank you so much for being with us today. They find a lender hasn't taken time and God bless you and the Charlotte Lozier Institute, which I know now a lot more that I knew before service. I hope… It got bless Us