Bible Wonders - The Face Of An Eagle

Bible Wonders - The Face Of An Eagle

Ezekiel's Vision of the Living Creatures may help us Face our world... 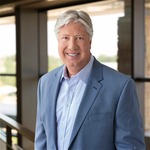 The Foundation of Abandonment
Worship & The Word
Pastor Robert Morris
Important Note: These transcriptions are generated automatically and aren't perfect. We have generated them and made them available to aid in search and accessibility to the shows on our network. While we are constantly working to improve the technology and accuracy, we can't respond to requests to fix errors at this time.

You know, in Ezekiel, where he described in Ezekiel 1. The faces that were on the cherubim right or the living creatures, as he called them and you know that he saw there that he knew were sent by God.

And so if you think about it. Then again, feel free to go in there and look at Ezekiel one yourself, but there were four faces that he described that they had the face of a man, or Adam himself actually is what is ahead. The face of Adam and Dom. They had the face on the right side of a lion on the left side of an ox and on the back of any so the ego was facing out behind the and the Adam was facing towards the front. You got the lion on the right and the ox on the left and so as we look at these animals in Hebrew. I think it's just absolutely amazing will just start off with the ego, which is the one that honestly loud me the most is I began to look at these words in Hebrew so and really looking at him from the standpoint of while this is where Adam was capturing me the essence of this animal, but the same point in time. It's the essence to a great extent of the letter so when we see these letters.

In other words you can think right now that's that's like an eagle.

While the first letter in the word Eagle is a none, and any may have heard us talk many times about the none in on this Bible wonders show before, but the Hebrew letter none is usually talked about is the cedar we talked about it many times and succeed. But it also very much means faith and as you begin to think about what ego is right before you jump out of that mess all at high a lot of faith and I think it's fascinating that here will the way that Adam named this particular bird was by starting out with this letter.

That would mean faith and and I can't help but think of the passage in Isaiah will rise up like wings of Eagles, and that has everything to do with faith.

And I think it's absolutely beautiful. But that's the letter that starts the word. The next letter is a shin and as we talked about before it's a letter that can mean to chew or to oxidize. It also can mean fire you can't help but think about Firebird, but looking like an eagle, but here you have this faith that's coming out of the fire, so to speak, and you know you just picture the Eagle above the fire right that with its faith it's it's it's absolutely a beautiful thing. So then we have in the last letter of the Eagle's name is the rage is a phenomenal combination of the concept of head and spirit, and wind. There was ever an animal that had faith in the wind we think about that eagle soaring up there on the wind as the wind that goes over its wings. That obviously causes it to rise and so what a beautiful beautiful picture. I can just leave the devotion) and and and wondering about today will just take this one animal, because I think it's just as well stop right there because it is think it's more than amazing that this animal has such great faith, to rise above the flames and one of the heads of the cherubim itself just absolutely incredible. And obviously, I thought it was too as he was making the cherubim he gave one of their heads to be an eagle