Sorry No Peeking, you will have to Listen 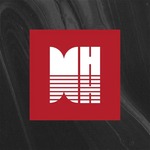 Rejoicing Always B
Grace To You
John MacArthur

All all my of Christmas on the Christian card I show him and Danny, my producer is is East Rutherford out Robbie. What is the first rule of Christmas and I bet you're wondering that too, but if you thought carefully about my intro music. I always spend a lot of time picking things and try to give you but theme of what were talking about so Robbie, what is the first rule of Christmas. Well I have to share the story about my granddaughter in order to get there and so about three or four years ago my father took myself my daughter my granddaughter fishing in Colorado.

The only person you ever taken my granddaughter at the time was seven fishing with me. So anybody that had taught her what she told me later on was the first rule of fishing. It had become for me, but I don't recall for the life of me when I told her the first really fishing part of being a grandpa. So we are out there. We flown to Colorado. We spend like two days trying to catch fish and and Lila hadn't caught anything in the only fish that she actually caught I've actually hoped and handed thing, but this was my daughter hadn't finished in years and my granddaughter was amateur to say the least, and so they were both were snagging all the time. And Lila wouldn't leave her bait in the water long enough to catch a fish and so you know two seconds after when the water to go. I got when I got one and she would really didn't she get another snag and I'd end up redoing the line again and and this went on time and time and time again and no fish were getting caught and I was beginning to get more and more and more aggravated you can see where this may relate to Christmas in a minute. So one more time you note I got when I got when I got one at the Madison Lila you have got to leave your bait in the water long enough to catch a fish and I probably said it harsher than what I just said I'm here and she looked at me and she says pop you have violated the first rule of fishing and I went and she goes, have fun, right on the mouths of babes right as I looked at her and I said Lila let's do this. Let's pray I said I'm a pray that God will give me more patience with you that all have fun and I'm in a pray that God gives you the patience to leave your bait in the water long enough to get your fish arm will read it. When we pray that you'll catch some fish and so you know we prayed.

It was lovely. We stood there on the bank of this river by this waterfall.

Never forget it. As long as I ever live with my seven-year-old granddaughter were both praying for patience immediately after I look out the corner of my eye and I see my daughters down the river and she's got another snag and she's flailing her pole back and forth like somebody would the got a snag, and I start walking that direction. And no sooner that I take two steps and Lila goes with her familiar I got when I got wife turned around this time expecting to see what I've seen for other thousand times. Instead, this time Lila had a huge trout and she at this thing was all over the river and she was like I got you. She brought in that fish and actually she caught four fish like almost immediately thereafter. Like everybody on the river was trying to figure out how this will grow is catching all these fish. The answer was. She was having fun was she was praying and so this morning is interesting for you know, I've been working all week on this that the other and I am an you may know me I I asked Jesus what you plan for me today as I begin to prepare the show. This is really really early this morning and that's to be very says this to me immediately. I know exactly what he say you think Robbie I want you to have fun and so I began the process what he was telling me and I I realized as I began to look up the actual word fun in Hebrew and some other things that you would probably translate that word rejoice, but my struggle is that that word rejoice has some religious drapery on it that I really my heart need to get rid of the mounting that for you.

I'm talking about for me.

I mean it should.

I know, but it for some reason it doesn't so I I decided to come out with the RSV version which is the Robbie simple version which is Philippians 4. Four. Have fun in the father always and again I say have fun and and and and is a theme for like Mama first rule Christmas because if you think about a father's heart might how fun is it to watch your kids have a blast at Christmas when you don't think God feels that way