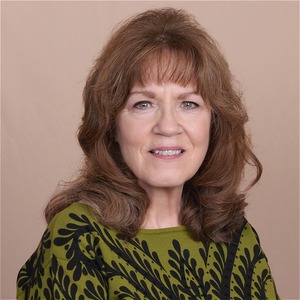 Give No Place to the Devil, Part 1

Give No Place to the Devil, Part 1

In the Court of Public Opinion
Wisdom for the Heart
Dr. Stephen Davey

Trevor Louden discusses the Demonization of Christians and Patriots
Chosen Generation
Pastor Greg Young
Important Note: These transcriptions are generated automatically and aren't perfect. We have generated them and made them available to aid in search and accessibility to the shows on our network. While we are constantly working to improve the technology and accuracy, we can't respond to requests to fix errors at this time.

I'm sure not thanking you for joining us today because we know that faith comes by hearing and hearing by the word of God.

Today's message by my father, brother Hardy is another devil chasing message. It's entitled give no place to the devil.

The Bible tells us that Satan walks about as a roaring lion, seeking whom he may devour. But we are to resist him, steadfast in the faith, because if you don't you open the door to demonic harassment. So let's lend an ear to hear, give no place to the devil. More and more were nowhere during the worst romance. How will I roll my whole trial. One patrol this morning resist good verbal no place to my Christian experience before let me know as I will show you believing child of God, the power will be was what I let them have power but believing child of God is the child of God. Let's hear how we have to do place to the devil. We have to the power.

Jesus said, one sharpens_nothing by virtue. That's our job through the church, Jesus Christ. We have power over them. God's children. Victory is going to he cannot do anything to place them at Scripture Ephesians chapter that's a command in the Greek Jesus. He cannot place to what James will submit yourself to God. Resist double you upset at times humorously but that's the true anyone but God only sees us five goals from the minute he sees a child of God, believes the truth ask all the trouble because he can grab them some shrimp shell. You said greater is he that is you will let you know that's first John 44 but I like the first part of the verse. Most people just see that is in you is in the world. I first pork to you, little children, and all we are not all, through some say.that's so pretty I'm not going to let the devil place you see Jesus as God's free. Jesus is not going to deliver the child already delivered the child of God, 113, said he has the power of darkness. Satan power Satan he's not. He's not all you if you believe the son shall make you free. Not set you free. The son shall make you free to sell negative nothing son shall make you free to believe that you will process nothing is 5% rate nothing but submit yourself to God, like the name of Jesus Christ. This talk us out of our or he tries to get us to open the gate so that he can come in place but were not. You see were some slaves. It's up to see a slave to do it. What are some who can do it and where the sons of God. God is deliver us out of the power of Satan and Satan, back to keeping All I Want to Keep so Jesus Will Not Be Because I Know but Instead Have Be Used That Power Tries to Trick You to Get You to Open the Gate and Let Him There's a Story That Will Restrict Us regarding the Quality I Will Have It.

If You've Ever Heard about the Trojan Horse, Probably Everyone and the Story of the Children of the Enemy Team against Troy City of Troy and They Tried to Break the Gate down. Not Intermittent in Contravention They Couldn't Do It She Because the Cities in Those Days Were Fortresses in the Walls so Thick. Some Cities That They Could Have Shot Me a Gracious Fortified Chariots Side-By-Side Racing around the City. All Modern Day China How Wide That Is, You Can Drive Cars up and down the Those Walls Were so Thick You Couldn't Breathe through My Compound. The Gates Were so Strong They Couldn't Throw the Horse Used Trickery Tries to Do. He Knows the Work He Believes the Word of the Goals That Someone Else Will Believe the World and Put an Action for What He Does Is Try to Trick the Child of God, like the Enemy of Troy Trick the Trojans They Made a Big Horse and Gave It to Them with the Gift of the Trojans Thought This Was a Peace Offering. They Realized That They Defeated in the Knock on the Walls down and They Can't Break through Our Gates and Were Safe and Impregnable in This Great Fortress.

You Know What the Child of God and Saying in the Fortress of the Power of God.

We Got All Power All around Us. Peter Said We Are Very Better, the Children of God By Hughes Mikey, How Are You Trying to Describe How Great His Mighty Power Is What Is Spent Doing Systems Son in the Mood of the Stars in Space What He Called Jesus His Mighty Power That He's Able to Subdue All Things on Them Himself That Greek Word Is a Military Word and It Means We Are Congressman Person You See in Cities, since of Soldiers to Protect the City and Jesus Has Claimed off As Soon As All Session and He Has Put a Conversation around the House on Galveston Due To Less Mikey and Kendra Think the Power of God.around the House and Feed Us for the Bible before You Would've Believing Child of God Is, Who Can Be against Us, Who Can Separate Us God, Which Is Jesus Who Met All the Things That Double Demons through Soft Not Work for Each Week Take Place in the Conquest of the through Christ and If Power Were More Than Conquerors of the Enemy Patrolling People Saw Herself Side of Me Wants to Steal Away What He Was Trick the Open Dates When They Thought It Was Safe and They Will See Him and Was near Nightfall, so They Locked the Gates up and Went to Bed Being Confident That They Were Safe behind the Walls and Gates of the City. What They Have Because inside of Course It Was Hollow and inside the Horse Were the Enemy Soldiers While They Slap They Come out about Horse of the Greeks and This Is the Scripture Let Him Things Can Spend Take Heed Lest He Fall. Don't Receive Any Gifts from the Bank.

We Have a Saying the City's Mouth and Beware of Greeks Bearing Gifts. Beware This Promise Is He's Going to Promise You Everything I Say but That's a Trick to Get to the Gate and Let Him in and Give Him Place and You Know the Story up about When They Open up the Gates. This One Back a Little Bit Was Lying in Wait and When the Gates Will Conquer the City and Impregnable Wall. Take a Quick Break through What Made Him God Is Telling Us Where The Power of God Will Receive You As Well That We've Got to Keep All Righteousness and the Date and Place so That Double but That We Got a Big and Be Stronger and Watch and Play That We Trick off A Lot Of People in This Last Day or Letting the Trick by Receiving the Gifts of the Devil. You Can Do This You Can Do the Other Arm You Can Ship This Matter, but My Father Said That We Come from amongst These Separate Trucks Not the Unclean Thing, Say but Will Keep Walls Righteousness That Will Keep the Gate Unlocked the Will Be Able to Give Him That We Give No Place That We Don't Get You. You Should You Let up in Your Church. 10 Benefits. I'm Not the Enemy Move Me out about Paul Sent Take Me Away from Feasting on the Word of God, and Shall Not Live by Every Word That Proceeds Amount. I'm Not Going to Be That Need to Mind That He Said Would Be in the Last Days. Forget Not Be Assembling Together, As the Manner of Some Is Exhorting One Another, and so Much More As You See That Day the Last Day That Day When Many Are Forgetting the Assembly, and Made Their Giving Place to the Devil Man and Get Them to Do No Harm. Things the Bible Said the Little Foxes Are the Ones That's Fine. And When You Do Not Have a Regular Church Attendance nor Disobey God's Power Will Not Be in Operation. You Not Going to Come out and I'm Going to Get Him God's House That I Might Be Some Stain from His Presence Is Present That's Abstained You for Here Is the Time Pricing from the Time of the Season since No Place to the Devil. Resist Him When He Brings Suggestions When He Tries to Get You in Your Life When He Tries to Get You Not Read and Study the Word of God When He Tries to Keep You Out Of the Service. He's Got a Trap.

He's Got a Trick He Wants You Receive You, but If You Stay Calm, since I'm Not Experience up to See That Is in You Say What You Can Management New Day, You Must Remove the Spirit That He Will Be You All You Amen. What a Powerful Word by God's Servant. Brother Hardy Give No Place to the Devil You Know That This Verse of Scripture. Ephesians 427 in the Greek Text Actually Says Stop Giving Place to the Devil Stopping Activity Already in Action Because As Christians We Often Open up the Door to the Enemy When We Make Provision for Our Flesh, to Fulfill the Lust Thereof, or We Allow Satan to Intimidate Us with the Spirit of Fear Which Has Torment We Disregard the Laws of Health That Jeopardize Our Bodies to Weakness and Disease. It's Time to Stop Giving That Devil Place. Stop Giving Him an Opening an Advantage over Us Because We Are Not Ignorant of His Devices, His Schemes or His Notice. This Is Another Devil Chasing Had Bruising Message You Need in Your Spiritual Arsenal. It Is Available on CD for A Lot Get the $10 and More to the Radio Ministry Aspirin Offer 189. Our Mailing Address Is Brother Hardy PO Box 17441 MD 21203 or Shop Online Archie Hardy.org That Archie Hardy.org. There You Will Find Other Faith, Spiritual Army Messages by My Father, Brother Hardy and Myself Again. Mailing Address PO Box 1744, Baltimore, MD 2123 and the Offer Number for the Message. Give No Place to the Devil Is 189 until Next Time, Sharon Saying