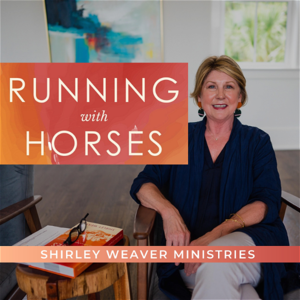 The Board Member You Need Can See The Miracle

The Board Member You Need Can See The Miracle

The Person and Work of the Holy Spirit - How Firm a Foundation - Part 10
So What?
Lon Solomon

The Purpose of Trials
Grace To You
John MacArthur

Best of 2022: What Should We Think About the Collapse of Hillsong Church?
Core Christianity
Adriel Sanchez and Bill Maier 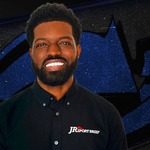 Your vehicle is where you spend a good amount of your life to make the right exhilarating, introducing the all new fully reimagined infinity QX 60 luxury SUV designed to help you conquer life in style. The all-new QNX 60 features ample cargo space available massaging front seats and a panoramic moonroof. It's as functional as it is stylish and as versatile as it is serene visit infinity USA.com to check out the all new fully reimagined infinity QNX 60.

Contact your local retailer for inventory information. This is the Truth Network welcome to running with horses just voted to inspire you serve in a relationship with all powers usually comes with strings you never thought possible. Shirley wants to know today on our podcast. I want to look at something we all should know by now, the board members that you need can see the miracle so in any endeavor in any Board of Directors, Board of Trustees that is assembled for eight to believe God for the miraculous sometimes is rare isn't it. But it should be just because it is doesn't mean that it should be. We need eyes to see, ears to hear the Lord speaking in this way. After all it is his nature God's nature is the miraculous. He breathes life into you. He breathes life into me and we became a living speaking spirit created in his image.

Therefore, when the opportunity to serve in a leadership are governing capacity comes, it is the reward for our faithfulness in imitating the nature of God, our divine nature, not our human nature as much as our divine nature. Philip was a character in the New Testament. He sometimes was very questioning.

We read in John chapter 6 verse seven Philip answered 200 Dinero worth of bread is not sufficient for them so it would take 200 Dinero and still that would be an bread for everyone.

The living Bible states that this way it would take a fortune to even begin to do this, so the project presented to fill up. Did I get a great response. AW toes. You're one of my favorite theologians, favorite writers, a super author.

I love his heart the way he thinks what he has written calls Philip Philip the calculator in his book fate beyond reason. He speaks to this very thing, that when it comes to knowing specifics about the obstacles that we face. Impossibility can be our next response the natural Matt man.

The natural man, according to first Corinthians 214 is that way for the natural man, the things of God is something like drinking water from a fire hose get a visual on that.

Here's the firehose you're trying to drink. God is so much greater, more powerful my intake capacity has to decide to expand to receive what is being released so the natural man can't understand can't access up the thoughts from God, which is why it's so important to emphasize that we have the mind of Christ. So we should have the thought life of the king. So back to what I was referring to that a WTO sure has written and let me slow that down that's initial a initial W toes sure T of CER do a search if you're not familiar with that name. There is a wealth to be found. So kosher says that in the New Testament we find Philip the calculator like a an instrument where you enter numbers and come up with a conclusion. Philip the calculator Philip the mathematician fill up the clerk does your speaking here and he saying there was a need for a miracle and Philip set out to calculate the odds probably every Christian group kosher says has at least one person with the calculator and if you've ever been on a board is ever served in a governing capacity. It's true is true and Eve see this and this is what does your speaking to. He says rarely is there a board without a Philip the calculator among its membership. When you suggest something outcomes.

The calculator to prove that it cannot be done, and so you know you have that person on your board in a governing capacity in the group where you're discussing what decisions need to be made.

Yet that person like Philip the calculator and then you have those who instantly see the potential for a miracle. They instantly see that there is a capacity here that's been released from God for the miraculous, and they go they are in their minds and their thinking they can see it. I heard someone say one time are admitted in an article I can't remember which.

That miracles occur in clusters and the reference was to the book of Isaiah and to the prophet Elijah and to Elisha, the prophet's Elijah and Elisha and it's true because you know the miraculous begets the miraculous. And once you have a divine outcome. You tend to increase in your understanding and expectation for that occurrence again to be repeated you're looking for it because now you sensed it you sing it with your eyes so you can believe, so hence the suggestion that miracles occur in clusters just as a like a practical way of looking at it. I think this true. I think extra know that's true for me because the more I see God move the more I can believe him to move so kosher is saying that the people with the calculators like fill up that if saying the problem, but they have not seen God. They have figured things out but they have not figured God in us the toes.

Your quote let me say that again because you said this, the people with the calculators have seen the problem but they have not seen God. They have figured things out but they have not figured guardian is true is true.

And again were quoting from fate beyond reason. Specifically, pages 137 through 139 a W toes sure I want to invite us to think in terms of the places where we had opportunity to govern to lead to rule and to look back on that and to assess the contribution we were able to make may be it's plural contributions, did we always assess what could be done in terms of the practical, the realistic, what is humanly conceivable.

Did we factor God out by factoring in every aspect of the problem are the challenge or did we see the Lord see his nature being released as the true possibility. The really great option.

The greatest option. The superior path did we see that.

His depth and the reality just of who God is.

I want my faith to grow time in the word.

Does that, you know, I want my face to grow so that I can see him. I can hear him and see like him to have the thought life of a king of royalty of the ruler who one, one who governs in the name of the Lord. That's what I want. That's the goal and looking back on my life. I can see I did not always do that and not just in a formal board setting are maybe even a simpler gathering where decisions had to be made. Maybe not something as official as a board but definitely in the home. You know the home that is the essence of the church that is the link that is the strongest link that determines how strong the