The #IRS just announced that it will boost the maximum contribution limit to #401k accounts by $2,000 next year... to $22,500! This is the largest increase on record. The contribution limit for an IRA is also set to increase... to $6,500 from $6,000. As Peter with Richon Planning explains to Erin Kennedy, this move will allow millions of us to contribute thousands more into tax- advantaged retirement accounts.

But keep in mind, every retirement plan has to include tax planning and tax diversification. In fact, 401(k)s are known as "retirement tax bombs." If you'd like to talk through the tax implications of your retirement accounts, and why you should consider #Roth accounts, please feel free to reach out for a complimentary consultation by calling (919) 300-5886 or by visiting www.RichonPlanning.com 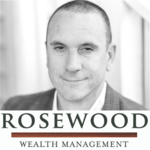 An Acceptable Level Of Risk And Reward
Finishing Well
Hans Scheil
We want you to plan for success. Welcome to Planning Matters Radio.

Hey Peter, it's good to see you. Today we are talking about new retirement account contribution limits for 2023. The IRS just announced it will boost max contribution limits to 401Ks by $2,000, bringing the total now up to $22,500. That is the largest increase on record. What's behind that significant jump?

Inflation. The increases to contribution limits are generally tied to inflation, and we've had record high inflation, at least for this generation, and they are trying to allow your contributions to basically be where you have a reasonable chance and expectation of saving enough to fund a confident, well-funded retirement. And so we need to up those retirement contributions where possible because each and every dollar that we put in there is buying just a little less. A lot less. I'm glad you brought that up because that is my next question. As we take a look at the average 401K balance by generation here, how important is it that we're maxing out those contributions?

I mean, where and when possible, I think it's very important. My threshold, my benchmark is 15%. And it would be absolutely wonderful if from the very first dollar that each and every one of us earned, we were paying our future selves 15% of that, so that one day we didn't have to trade our time for money and could retire confidently. Unfortunately, we don't generally start with the very first dollar. A lot of us get a late start in savings. And so maxing out those retirement contributions is very important. Now, those thresholds, those limits for the majority of income earners and workers probably is above the 15% threshold. But for those higher income earners, they may actually have to find some other opportunities in order to save that 15%. And the reason I benchmark 15%, Aaron, is let's pretend that we've got a 30 year career and let's kind of pretend that we earn the same amount over the entirety of that 30 year career and we saved 10%. Well, at the end of 30 years, we have saved a whopping three years worth of the income that we are used to. And of course, over that time period, we hope to get investment rates of return and double it and double it and double it again. But that still is not the 30 plus years worth of funding that we really need for retirement. And so 15% is kind of my benchmark and threshold for what we should be hoping to save. And the government is giving us just a little bit more wiggle room within the taxed advantaged retirement accounts where we can contribute a little bit more.

But when they give us something good, they never give us enough of it. So I still think we're short of where we should be, especially with IRAs. Yeah. Ain't that the truth?

Okay. So speaking of IRAs, though, contribution limits for IRAs also set to increase to 6,500 from 6,000. That's the limit that hasn't changed actually since 2019. So as we take a look at the new numbers, what stands out to you here? The fact that those IRA contributions are not where they should be. You know, companies, I think, did a good job of shifting the burden of retirement from themselves onto workers after ERISA with the inception of the 401k.

And I guess they had some good lobbying and good conversations where they convinced lawmakers that in order to do so, they needed to allow employees to fund much, much more. But we should be able to fund retirement on our own separate from our employers. And I believe that in doing so, we would need to see those IRA contributions much, much higher. And to me, there's really not a huge difference between saving for retirement when you're working for a company in their plan versus saving for retirement on our own in our own plan.

And yet there is a big disparity between how much we can contribute based on our conditions. The IRS is also raising the income threshold for which tax deductions for IRA contributions will be phased out, which brings up one of your most favorite topics, Peter, tax planning. Of course, most of us do contribute to a 401k. They're also known as a retirement tax bomb. So in what scenario should we be considering paying our taxes now instead?

Well, I think this is a very careful and individual consideration because a lot goes into it. We need to have a somewhat realistic projection of not only what we're earning in the tax bracket we are in today, but what kind of income we expect to generate in retirement and therefore what tax bracket and rate we will be in at that time. And the government's actually increasing three things in the current year, the contribution limits, the income limitations on making contributions, and some of the tax bracket thresholds are going up across the board, the amount that falls into each bracket. So you'll be paying a little bit less on each and every bracket that you are in or more dollars will fall into those lower brackets.

So the net effect is that you pay less in taxes on current income. But we also have to forecast what income brackets might be in the future. And basically across the board, everybody I talk to, when I ask them, what direction do you think taxes will be going into the future?

They point upwards. And I agree, I think taxes are going to be on the rise. And in fact, in twenty twenty six, it's slated if nothing further is done, that taxes will increase across all brackets, not just on these rich ultra ultra millionaires or those making over four hundred thousand, but across the board. Also, those Roth conversions and proactive tax planning, it's pay me now or pay me later, but it's not just the tax on those dollars. It's what it can do to your Social Security. It's what it can do to your Medicare premiums.

So a lot goes into this. But I do believe that it is generally beneficial to go ahead and pay your taxes now at a known rate, because eliminating risk is all about eliminating those things that are outside of our control that can impact our future. And legislative change, change in taxes is one of those big, big risks that we can do some proactive planning to insulate and protect ourselves against. So I also find it's easier to pay a bill out of your paycheck while you're earning one than it is out of your retirement nest egg when you're trying to make a finite amount of money last an unknown amount of time. Plus, ultimately, it's easier on on your beneficiaries when you pass money to them, because most people don't want the IRS to be their largest beneficiary, which is how kind of the American retirement system, ironically, is set up.

Right, right. So much to consider, so many variables to like you're talking about, Peter, and figuring out those risks is so very important. If somebody wants to talk through all of those topics with you, what's the best way to reach you? We do a lot of proactive retirement and specifically with that tax and income planning. So if somebody wants to see an optimized retirement plan, looking at income, investments, taxes, health care, legacy, pick up the phone. Give us a call at Rishan planning nine one nine three zero zero five eight eight six nine one nine three zero zero five eight eight six. You can also visit us online. It looks like rich on planning dot com. It's Rishan planning, my last name, and I'll look forward to hearing from you. All right, Peter, thank you.

Always a pleasure. This has been Planning Matters Radio. The content of this radio show is provided for informational purposes only and is not a solicitation or recommendation of any investment strategy. You are encouraged to seek investment tax or legal advice from an independent professional adviser. Any investment and or investment strategies mentioned involve risk, including the possible loss of principal advisory services offered through Brooks own capital management. A registered investment adviser, fiduciary duty extends solely to investment advisory advice and does not extend to other activities such as insurance or broker dealer services. Advisory clients are charged a quarterly fee for assets under management while insurance products pay a commission, which may result in a conflict of interest regarding compensation.
Whisper: medium.en / 2022-11-19 10:07:59 / 2022-11-19 10:11:36 / 4
Get The Truth Mobile App and Listen to your Favorite Station Anytime