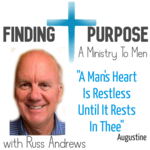 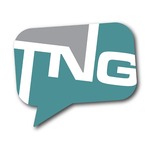 A Conversation with Laura Perry
Truth For a New Generation
Alex McFarland
Important Note: These transcriptions are generated automatically and aren't perfect. We have generated them and made them available to aid in search and accessibility to the shows on our network. While we are constantly working to improve the technology and accuracy, we can't respond to requests to fix errors at this time.

This is the Truth Network Jackson research ministry that is a Masters of Divinity and is working he's passionate and met stands firm and lives to defend and promote the Christian faith. Matt slick doesn't take any Monday through Friday.

Matt takes calls from all around the world on his radio show. We compiled this week's best, Matt slick's top 6X, my child. So when Jesus never lie. We lie to a child to protect her child to lie we ever lie to an adult about a child I got no he would not cannot cannot cannot I just want to so lying is a sin because it's against the character of God, so we cannot lie. Five. Their only main angel when the women angels because they're making celestial sandwiches know the Bible references mail only place where might be considered to be contrary to that is in Zechariah chapter 5 debate about a woman sitting inside to e-file and he said this is wickedness, and he threw her down into the middle the podcast or lead weight on its opening or the lead weight on its opening my eyes and looked, and there were two women were coming out with the wind in their wing and they had wings like stork to e-file between the earth and the heavens. I sent an angel speaking.

Where are they taking a function so people think that those are angels like this is the closest I'm aware of in the Bible were my imply a feminine aspect of an angelic realm, but even then it is it's a weak position to hang my hat on her part signifies human is the soul body cannot be restricted by the soul is a human thing and so there's debates, discussions on how the soul is generated within a human being is given by God is something that is a product to come together and develop. We just don't know because we don't know. Can't say if a cloned person is or is not possessing the human soul. We don't know. That's one issue and if it doesn't have a soul and its empties of possible demonic forces can have it possibility all these possibilities. We don't know for sure is that you may not. Now that's a different issue because that gets an issue of physical adult. The Bible talks about adultery being a grounds for divorce and is talking in the actual covenant of that 9532 Jesus talked about, along with abandonment.

If a man looks at pornography and he was thinking of his head is that grounds for divorce will he has imagined an adulterous situation is not practiced seems to be the grounds for divorce in the Bible's actual practicing right so I would say initially that's not grounds for divorce but that we didn't some greater because let's say this person continues to behave in a very ungodly way, and is not repent then the elders of course need to be involved with this that depending on the gravity's severity and frequency of this might become grounds for divorce, try playing something from her trainer goals next week and we call it heresy is a lot more. There's heresy. For example, some teachers that you don't exist anymore after you die. False teaching, but it doesn't damn you. This doesn't affect one of the central doctrines to say that Jesus stopped being the son of God is damnable because the son of God means that Jesus has two natures divine and human. This is what the son of God means that he has this quality and this essence is she saying he stopped being that this would then invalidate the person and the work of Christ. That's how serious of an error is what you want from the word of God, a translation that smooth things out makes it more smooth for you to understand or you want something that is literal to the original intent. Because of this could be smooth by the interpretation and opinion of the translator who does that kind. But if it's literalistic rituals. We can then there's less room for that. That's why I go with the 95 because I don't want people's interpretations of what Scriptures translation.

I want the truth of what it says and because of the NASB. Romans 518. In particular, has led me to study in the Greek got it done in the translation and by segment.

Reagan was 518 it let me to a bunch of new theological understanding. I want the truth of God's work better when access from this we hope you've enjoyed this episode of Matt slick stop. Six. For more on that is live syndicated call-in radio show go to TruthNetwork.com got a question Matt slick as your answer. This is the Truth Network