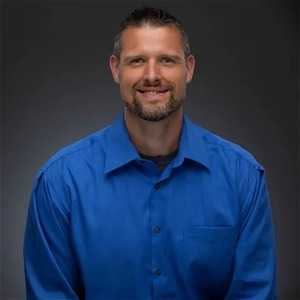 What Happens When We Die? #2
The Truth Pulpit
Don Green

I Dare You: Look Ahead! - Part A
Connect with Skip Heitzig
Skip Heitzig

Bible Questions and Answers, Part 66
Grace To You
John MacArthur

The Prodigal Who Came Home Part 1
Running to Win
Erwin Lutzer
Tonight, I'm going to be bringing a message out of the book of John. So if you have your Bibles, if you want to flip with me over to John chapter number 16, verse 16 through 22 is going to be our text. So once you find your place, if you wouldn't mind standing as we read, read the word.

I can listen to that series. It was a summer series that we went through the book of Malachi. And last Sunday, last Wednesday, we talked about some interesting things in Malachi about the end times.

But as soon as she is delivered of the child, she remembereth no more to the anguish for joy that a man is born into the world. And ye now, therefore, have sorrow. But I will see you again and your heart shall rejoice in your joy.

You may be seated tonight. But who also faced some traumatic events in his life. He was a successful lawyer in Chicago, in the great Chicago fire of 1871.

It burned up 3.3 square miles of Chicago. It killed hundreds of people, ruined him financially. Then his four-year-old son passed away. He decided to move to Europe so he sent his family ahead of him as he finished some business. His four daughters were on one ship and his wife was on another ship. The ship his daughters were on was struck by a sailing ship causing it to sink. The telegram he received from his wife said simply these two words, saved alone. Spafford received the horrifying news that all his children were now dead. He immediately left to be with his grieving wife.

The captain let Spafford know when they passed the area that his daughters had drowned. It was at that moment that he was inspired to write these words, when peace like a river attendeth my way, when sorrows like sea billows roll, whatever my lot thou has taught me to say it is well, it is well with my soul. And though Satan should buffet, though trials should come, let this blessed assurance control that Christ hath regarded my helpless estate and has shed his own blood for my soul.

Sometimes people say what are you seeing the old hymns because there's a lot of powerful truth behind a lot of these songs. But in the face of some of the most traumatic events in the midst of the grip of grief, God stepped into the heart of this man and his faith shined through in such a powerful way that we today are benefited from that as we sing such a wonderful song it is well with my soul. Has life ever handed you some heavy news, some some some tough things to hear, news that makes time seem to stand still? It's amazing how much impact that a single phone call can make on your life.