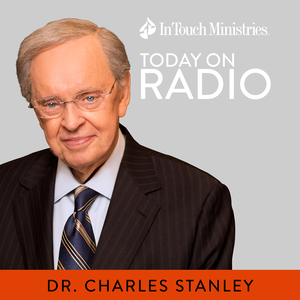 Encountering Jesus on the Jericho Road

Encountering Jesus on the Jericho Road

When you encounter Jesus personally, your life is changed as radically as those of the blind man and the rich man in these stories.
COVERED TOPICS / TAGS (Click to Search)
frustration and fear complain and mourn grumble and complain mourn and groan loneliness and frustration fear and hopelessness fame and fortune confessing and repenting repenting and surrendering Jesus Christ
YOU MIGHT ALSO LIKE
Welcome to the In Touch Podcast with Charles Stanley for Monday, November 7th. There's more to the story of Jesus in Zacchaeus than a sycamore tree. Learn some practical lessons from encountering Jesus on the Jericho Road. One of the most difficult things we have to do as saved people is to be honest about the condition of people we love whom we know have never received Jesus Christ as their Savior. And sometimes a wife will say, now, I know my husband is not saved the way you think he ought to be, but he's saved in his own way, or a mother may say, now, I know my son's not what he ought to be, but, and so they try to rationalize the fact that even though they've never received Jesus Christ as their Savior, somehow, in some way, because it's her son, that's going to make an exception. I want to tell you, my friend, blood relationship has nothing to do with whether a person is saved or lost. What makes the difference is their own personal, private relationship with Jesus Christ. And as we open this word today, I want you to just be honest, if you will, about folks that you know have never received Christ as their Savior, and some of you, maybe many of you.

Here is a story in the gospel of Luke, an incident that happened in the life of Jesus that says something about the whole conversion experience. In Luke chapter 19 is the story that most kids learn in Sunday school about Zacchaeus, and that's one of those stories they know because he was a fella up a tree. The Bible says, and when Jesus came to the place, he looked up and said to him, Zacchaeus, he heard him come down, for today I must come or rest awhile or stay awhile at your house, and he, listen, he hurried and came down. He didn't make excuses, he just came down. The Bible says when he came down that everybody around said, can you imagine that? This fella, he doesn't know what we know.

If he knew what we knew, he would be the last fella in Jericho that he would take one minute of time with. So while they're complaining and so forth, the Bible says that Zacchaeus comes down and receives Jesus Christ's glad, and listen, there's one thing that you and I will never know till we stand in the presence of heaven, and that's what some of these people experience that you and I will never experience till we get to heaven. Can you imagine being blind and never having seen and opening your eyes, and the first thing you see is the eyes of God and human flesh. Can you imagine feeling rejected, disowned, full of disillusionment in life, knowing that everything you had done and everything you had tried to accomplish really didn't bring in a real sense of peace and satisfaction, and you are an absolute outcast socially.

Nobody cared. The quicker you died, the better for society, and all of a sudden, God comes along and looks up and says, come on down right now because I'm going home with you. Can you imagine the unforgettable, life-changing, eternal experience of looking into the eyes of Jesus Christ? Zacchaeus, a wealthy Israelite who was a traitor to his own nation, had that privilege. Many people were around Jesus. Not a lot of people had the privilege of looking right into his eyes and seeing God in that man's face. Well, the Scripture says that as soon as he hit the ground and received the Lord Jesus Christ joyfully, they began to grumble and complain and mourn and groan, and they said, he's going to be the guest of a sinner.

You know what? That immediately became the number one scandal in Jericho, pass the word along. He's going home to be with Zacchaeus.

There are many more people respectable. Can you imagine him going home with Zacchaeus? Well, on the way, then get very far, Zacchaeus stopped. The Scripture says that he said to him, Lord, half of my possessions, and this is in the present tense, half of my possessions, which is his way of saying the decisions made right and a half of my possessions, I'm giving to the poor. I'm not going to future tense, I'm giving to the poor. Not only that, he says, and if I have defrauded anyone of anything, I am giving it back four times as much. Now, look at that part. That is, he's not thinking, well, now, if I could possibly think, if there's any possible way that I have mistaken and taken too much, no, when he said, if I have caught up in the joy of being forgiven, listen, can you imagine, I mean, for the first time in a long time, somebody has accepted this old boy. Somebody has said to him, come down, I want to go home with you. I desire to be with you.

I want to accept you and love you and forgive you and make you a part of my relationship. So the law required, number one, if he had taken anything wrong, he had to give all of it back plus at least 20%. Some things that they would steal, they'd have to give everything they took plus 50%. But listen what he says, he says, I'm giving half of what I own to the poor. And he says, whatever I've taken, I'm going to give back four times. Now Jesus said to him, this is his way of affirming.

He says, today's salvation has come to this house. Now with that in mind, I want to draw some very precious lessons out of this chapter. And I want you to go back, if you will, first of all to that first verse there and notice what happens.

It says in Jesus entered and was passing through Jericho and behold, there was a man called Zacchaeus. Now, listen to me. First thing I want you to notice is this friend, you can't ever get too bad, too evil, too wicked for Jesus Christ to save you. It doesn't make any difference what you've done.

That is Satan telling you God wouldn't have you, God would have no part of that. God couldn't accept you. You could never go to heaven. There is no chance of your being saved. No way for you to be forgiven.

Your guilt will ride you all the way to the grave. I want to tell you, that's never come from God. Friend, Jesus Christ accepted Zacchaeus exactly the way he was, traitor, disobedient, rebel, egotistical, arrogant, proud, thief, extortionist. He took him just like he was, right where he was, right up the tree. And if the real truth were known, many of you are probably saying today, that's about the way I feel. I'm up a tree, can't get down, don't feel worthy, don't believe God could ever forgive me, don't think there's any hope for me whatsoever. And I want to tell you, my friend, there isn't anything you can ever do and still want to be saved and God not save you. If you want to be saved, if you want to change in your life, if you want God to accept you, if you want a whole new beginning, you can have it here and now if you're just willing to do something that Zacchaeus did. One thing I want you to notice here is this, that oftentimes people say, well, you know, I'm not going to be saved now, but I'm going to be saved at home because I've got lots of time.

My friend, nobody knows how much time they have. If Zacchaeus here had not taken the opportunity of seeing Jesus the day he passed by, he would never have seen him again because you see, Jesus was on his way through Jericho to Jerusalem before the trial, to the cross, to his death and Zacchaeus would never have seen him again. Let me ask you this, are you one of those persons who sit home week after week and watch the television or you listen to the radio and you think, love to hear all these preachers. In fact, I was talking to someone not long ago and I mean, they could quote this preaching, this preaching, this preaching, they like this one the way this one does this, the way the other one does that, just as lost as he can be. Let me tell you something, my friend. Every time you turn it on, whether it's the radio or the television and you hear the gospel truth presented, you're having an opportunity to be saved, but I want to tell you something, those opportunities won't last forever because you see, one of these days you're going to turn it on and you're going to hear the gospel message and your intention is to hear it again next Sunday, makes you feel good.

One of these days you're going to turn it on, you're going to turn it off and him off and you're not ever going to have the opportunity to turn it on again because you will have turned him off for eternity. Third thing I want you to notice about the scripture and that's this, that how much hangs oftentimes on insignificant events, now watch this. Here is Zacchaeus trying to get through the crowd, nobody let him through, elbowing him every chance they get to give him a good one, that's not where they can get back for the taxes. And so what he does, he runs ahead and more than likely thinking, well I want to see this man, so he gets the idea watching the kids who are hanging up in the trees, if they can do that I can do it, so just that little flitting thought comes through his mind and he decides to climb a tree. Now I'll bet if we knew Zacchaeus hadn't climbed a tree in a long, long time, that wasn't his thing climbing trees, but today he was going to climb one.

If you are willing to cry out to him, I can guarantee you this, everything in this book bears witness to the fact, if you will cry out to him, he will respond to your cry and forgive you and cleanse you and make you one of his children. Thank you for listening to Encountering Jesus on the Jericho Road. If you'd like to know more about Charles Stanley or In Touch Ministries, stop by intouch.org. This podcast is a presentation of In Touch Ministries, Atlanta, Georgia.
Whisper: small.en / 2022-11-07 06:32:16 / 2022-11-07 06:36:40 / 4
Get The Truth Mobile App and Listen to your Favorite Station Anytime