This week on Family Policy Matters, host Traci DeVette Griggs sits down with Dr. Jane Anderson to discuss the American College of Pediatricians’ updated position statement on marijuana use in young adults. Dr. Anderson spells out the disastrous long-term effects that this drug can have on a young adult’s brain in particular. 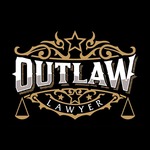 Offering Hope to Families Experiencing Drug Addiction (Part 2 of 2)
Focus on the Family
Jim Daly
Important Note: These transcriptions are generated automatically and aren't perfect. We have generated them and made them available to aid in search and accessibility to the shows on our network. While we are constantly working to improve the technology and accuracy, we can't respond to requests to fix errors at this time.

Tracy David ricks thanks for joining us this week for family policy matters as more state and local governments legalize marijuana for medical and or recreational use.

People, especially young people may think it's harmless while far from it is the word from the American College of pediatricians. The group published an updated position statement recently which spells out some pretty startling long-term effects of marijuana use among young people and it calls on government leaders to resist further legalization and instead focus on reducing marijuana use among America's youth were joined today by one of the primary authors of that statement. Dr. Jane Anderson Dr. Anderson is a clinical professor of pediatrics at the University of California, San Francisco, a retired practicing pediatrician and a board member of the American College of pediatricians Dr. Jane Anderson.

Thank you for having me start off with clarifying some terms so can you briefly explain the difference between marijuana, cannabis, CBD and hemp. I think the main thing and and your listeners to know that there is a distinct difference between the three things that are going to hear about which is legal not produce a high PhD, which is marijuana basically a chemical in marijuana which does produce a high and it networking to talk about today that has the damaging effects on the adolescent brain and then CBD, which is now available being promoted all over as I use for a calming agent and and some people using it for pain control, even topically, and that is legal.

It does not cause a height that were to be talking about pH. The that chemical in marijuana that causes most of the damage. Speaking of THC.

Another thing that parents may not understand if there talking to their teens is that the concentrations of THC in today's marijuana can be much higher than ever before. Right. Oh my goodness, yes. So back in the 70s during third row where maybe some of the parents or grandparents were using marijuana.

The sensation of marijuana. At that time with about 3 to 5% PhD concentration now. I gaze the average is averaging like 25 to 30% and the ball to find 100%, PhD available to be injected or smoke so it is markedly more potent than it was back in the 1960s and 70s and plants are being bred specifically to make more concentrated THC light and this is one of the primary reasons that were seeing increased problems right with marijuana use exactly the problems for marijuana use in the adolescent is that the adolescent brain is shaft developing and in fact it really mature until really early 20s like 2223 24 and so anything that impacts the brain is going to have more on the adolescent brain because the brain is still developing and maturing, so things like alcohol.

For instance, or pornography or even any kind of exciting experience will impact the brain much more in adolescent and in even the younger the adolescent the more adverse effects will be seen, so I younger adolescent who starts to use drugs like marijuana or alcohol is much more likely to have damage to their brain that we can document on rain scans and MRIs also more likely to have long-term damage and more likely to become the multiple adverse effect on the brain, the younger the team start and then the more potent the drive, the more damaged and the more frequent the use, the more damage so there are also kinds of mental illness right that you finding connected with marijuana use.

Yes, I think this is you know, one of the reasons we were so glad you're talking about this today, so the mental health effects of marijuana include schizophrenia and psychosis, depression and suicidal ideation were specifically talking about teenagers here, but this was first noticed not in teens but in adults by British physicians who were working in India in the 1800s, and you're actually taking care of patients in mental institution and noticed that the patients who are using a specific drug seem to have more relapses and that drug with marijuana really looked much of the literature on the mental health effects of marijuana until 1972 and there were some case reports of that time who seem to be psychosis that was induced by using marijuana since that time, we have a lot more data. There was a meta-analysis that just came out this year 20 2015 studies that found just one dose of THC could induce psychosis in adults who had no history of previous mental illness and another study came out and showed that daily use is associated with an increased risk of psychosis and it turned out that for teenagers the risk of inducing psychosis is greatly increased if they have more frequent this use of their using more than several times a week earlier the age they start using the higher the potency of cannabis or marijuana that they're ingesting or smoking and their risks are greatly increased. There was a sevenfold increased risk of depression, a fivefold increased risk of suicidal ideation and the risk risk. It can be over six times the risk so this is nothing the sort of play around with this is serious talk about the concept of risk when we need more talk about increasing risk and why should that be something that we pay attention to. Even if the people around us are showing some of those problems. We can talk about this fivefold increased risk sevenfold increased risk of 100 people that might normally develop schizophrenia.

Let's just say is just part of normal life with no causal factors and if you increase the risk sevenfold and you're talking about seven people out of 100 would get schizophrenia that they were using marijuana. Let's just say so. That means 93 people hundred might not develop that, but you might be the person who did. And that is a lifelong illness that you'll be dealing with.

So talk about the things does that play a role in drug use, and particularly marijuana use among younger populations. I met a great question.

So these cigarettes are gaping has taken off in the last 5 to 10 years and definitely adolescents can be gaping marijuana. It's one of the things a candidate I wanted to be very carefully talk about dating. However, to recognize that adolescents who are gaping can actually date just flavored with no nicotine or no marijuana in their E liquid so it whenever we talk about dating or e-cigarette there so many different types and so many different ways and forms debate in different liquids to be that we can't make broad generalizations about.

I believe it's about 17% of teens who have date use marijuana so they are at just the same risk as if they were ingesting it or smoking it naturally some health risks associated with anything as well. Oh my goodness yeah and so one of the most serious and dangerous is the E Valley which is gaping line injury been identified in adolescents, particularly those who smoke or bait marijuana and serious lung damage and some teenagers have died from that. There also many different toxins and ingredients that are either in the E liquid or while that the liquid is being seated in the cigarette and they're doing research now on those toxins and what they're doing, but the evidence seems to be that not only does it cause respiratory damage and cardiac damage but also immune system damage to so although teenagers often view gaping as a safer form of smoking. It is not okay. So what best practices for preventing young people from even starting to use drugs like marijuana, you are asking excellent questions and I wish I had an answer to that. I am so concerned because as states legalize medical marijuana recreational marijuana for adults is getting a message to our adolescents that it is safe and marijuana is not safe for adolescents we could spend a lot more time talking about the learning problems that go on with teenagers who use marijuana. I think we are doing a huge disservice as adults to adolescents when we give them the message that marijuana in any of its forms is not harmful.

It is very harmful to the adolescent and the adolescent brain so the first thing is is on one hand, we just need to change our policies, but I don't see that happening. And so that means individual parents and families have to educate their teenagers.

There was a lovely study done. That was years ago and I don't know if it could be replicated in today's culture, but Columbia University did a study that showed that his parents one time told their teenagers they disapproved of marijuana use it markedly reduced fat teams likelihood of experimenting with marijuana so one thing we want to tell her parents is talk with your teams and questions secondly convey your values. Three. Monitor everything we have good evidence that parents who monitor and are aware of everything going on in their teenagers lives.

Their website is acpeb@acp.org and then you can go to work says their position statements and you will see the one on marijuana and mental illness, and then we will shortly have one up there on gaping and it will address some of the other things that you mentioned and their other topics in our position statements people might not know about the risk of breast cancer in young adolescents, who have an abortion so they might be interested in that there is one on the teenage brain that talks about the development of the brain, and we have an excellent statement on gender dysphoria and one pornography selected good topics on ACP.org Dr. Jean Anderson, thank you so much for being with us today on family policy matters.

Thank you for having me listening to family policy matters. We hope you enjoyed the program employment to them again next week to listen to the show all lawn insulin more about NC families work to encourage and inspire families across a lot of our website NC family.award that's NC family.org oxygen for listing and may God bless you and your family