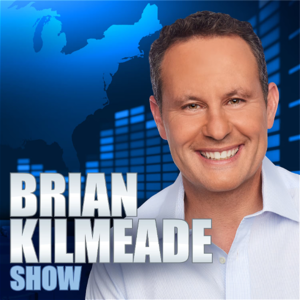 That was Whoopi Goldberg yelling at her own audience. They said the first time ever Senator Ted Cruz joins us now. His book is out today, Just as Corrupted. How the Left Weaponized Our Legal System. But before we get into a debate and they all want to talk about January 6th like every Democrat, Senator Ted Cruz had to deal with climate activists. Senator, what's going on? Well, Brian, great to be with you.

Thank you for having me. It was, you know, yesterday morning I was on The View and it was a circus. We had twice protesters interrupted the show, began screaming and yelling and had to be escorted out of the room. And it was, look, the left right now is angry.

We scream at each other and there's so much anger. But the reason I went on The View was simple, which is that I think as conservatives, we need to be talking and reaching a much wider audience. We need to be talking not just preaching to the choir, which is important, but we need to also be talking to young people and Hispanics and African Americans and suburban moms, the people really paying the price and feeling the pain from the disastrous policies from Washington. And the folks who watch The View, they receive every day a partisan, one-sided view of the world. And I wanted to go and describe my new book, Justice Corrupted, describe how Barack Obama and Joe Biden politicized and weaponized the Department of Justice, the FBI, the IRS, and they're using the machinery of government to target their political enemies.

And that's dangerous. And I think it was valuable for the folks watching that show to hear a perspective that they never hear from the host of that show. So it's kind of interesting too, because in your book you outline the different ways government's been used to go against political opponents. First and foremost, I think it's been the IRS. Remember, the Tea Party played a huge role in the shellacking of Barack Obama in the midterms, and he lost 63 seats in the House. And he admitted it.

He got crushed. And they said the Tea Party is the problem. So now let's use the IRS to investigate them. At the very least, as they investigate, you will silent them.

You will squash them, and they will not play a role in the general election. Well, and unfortunately, under Obama, the IRS had real success targeting Tea Party groups, targeting conservative groups, targeting pro-constitution groups, pro-life groups, pro-Israel groups, and bringing the book, Justice Corrupted, outlines how they've just descended upon these activists, bringing multiple audits, bringing multiple investigations, trying to bankrupt them. And the objective was to silence them and prevent them from being effective in organizing voters on the other side.

And, you know, part of it, Barack Obama, when it became public that the IRS was directly targeting Tea Party groups, he did a press conference where he said, quote, I am angry, and the American people have a right to be angry. But then the administration proceeded to cover it up, proceeded to stonewall it. Lois Lerner, who was in charge of that persecution, pleaded the fifth, refused to testify, was held in contempt of Congress, and the Obama Department of Justice refused to prosecute her. So she wasn't fired. She never served a day in prison.

She retired with full benefits. And that hypocrisy, what we're seeing is, as bad as it was under Obama, it's metastasized, and it is worse under Joe Biden, under Merrick Garland, this Department of Justice. Look, we've seen the FBI raiding the home of Donald Trump, something that's never happened in our nation's history. We're seeing FBI agents raiding the homes of pro-life activists, arriving with machine guns drawn and arresting them in front of their screaming children. This is abusing power. We see the FBI and the Department of Justice targeting parents, targeting moms and dads who speak up at school boards, because the Biden White House and the Biden DOJ views law enforcement as essentially the political stormtroopers of the DNC. And this book, Justice Corrupted, explains how they're doing this and explains how we fight back.

Yes. I'm wondering, too, why Eric Holder does not go to jail, but Steve Bannon does. Didn't they both get censured by Congress?

Why weren't they both subpoenaed and ignored the subpoena? That is absolutely right, and the book Justice Corrupted describes how Eric Holder, who was attorney general under Barack Obama, was held in contempt of Congress, and he was held in contempt of Congress over what was called the Fast and Furious program, where the Obama DOJ was selling guns illegally to Mexican drug cartels. And those guns, in turn, that were sold by Eric Holder were used to murder federal agents, and it was absolutely scandalous.

It was indefensible. Congress, which was held by Republicans, was holding hearings and trying to examine why is our own Department of Justice a gun runner selling guns to dangerous Mexican drug cartels? Well, Holder didn't want that oversight, because he was trying to cover his own ass. And so he stonewalled Congress, refused to testify, refused to give documents, and was held in contempt of Congress, but this is where, again, the Obama DOJ refused to prosecute Eric Holder. So you compare Steve Bannon has just been sentenced to four months in jail. That is an outrage. It is ridiculous. Eric Holder was never even prosecuted.

Why? Because the Obama DOJ said, we're not going to prosecute him. We agree with him. Same thing that happened to Lois Lerner. Exact same thing, and it is a two-tiered justice system that is deliberately corrupt.

That's what they've done. And I hear regularly from professionals at DOJ, from agents at the FBI who've devoted their lives to law enforcement, that they're horrified at how wildly politicized these institutions have become. Senator, if you found, instead of talking to Senator Ted Cruz, Senator, if you found out, let's just say William Barr was prosecuting people for political gain, would you say something? Absolutely, yes. And listen, I've spent a decade in the Senate repeatedly calling out my own party.

I'm not shy about that at all. Yesterday, when I was on The View, they came back and said, well, don't both sides do this? And I said, really, when?

Give me one example. And they both, this is sort of lefty talking points. They said, well, Bill Barr, Bill Barr. And I said, really, name someone that Barr went after that was a political persecution.

They had no answer, because he didn't do that. Under Donald Trump, the Department of Justice was focused on enforcing the law, although that's not entirely right, because what the book explains—so the book starts off with Richard Nixon, and Nixon tried to do this, tried to weaponize the DOJ, the FBI, the IRS to go after his political enemies. But when Nixon tried this, the system largely worked. Those agencies pushed back.

They said, no, this is improper. And Nixon resigned in disgrace. In the first chapter of the book, I walked people through.

It's actually amazing. I was a little kid when all this happened, but the level of corruption was stunning. What Nixon tried to do, Barack Obama succeeded in doing, which is using the machinery of government as a political weapon. And then when Obama left the White House and Trump came in, they burrowed hardcore partisans into the senior career positions at DOJ and the FBI and the other agencies. So I recount in the book a meeting on January 5, 2017, in the Oval Office with Barack Obama, Joe Biden, the head of the DOJ, the head of the FBI, the head of the CIA, where they deliberately decide, we're going to go after the new incoming President Donald Trump. We're going to turn the deep state, the machinery of government against him. And so I've got a whole chapter detailing Operation Crossfire Hurricane, where they went after in a wildly partisan, dishonest, and corrupt way President Trump and waged war on him from within his administration. And we witnessed it, yep. And now under Biden, it's metastasized and it is openly abusive.

30 seconds left. Senator Cruz, Donald Trump told me yesterday, excuse me, on Thursday, that if anyone, Friday, excuse me, he says, if any of my guys that ran for president, run for president, have served in my cabinet or have been friends and allies of my youth, consider that disloyal. Would you consider it disloyal if you ran for president while Donald Trump's running? Look, I can tell you I'm in the middle of a 17-state national bus tour. I've been doing this for a month. I'm in North Carolina right now getting ready to do a big rally with Ted Budd, who's going to win the Senate here. I've done rallies all over the country for Senate and House candidates. My focus is 2022. Got it. We'll see what happens after that.
Whisper: small.en / 2022-11-07 12:53:07 / 2022-11-07 12:55:39 / 3
Get The Truth Mobile App and Listen to your Favorite Station Anytime