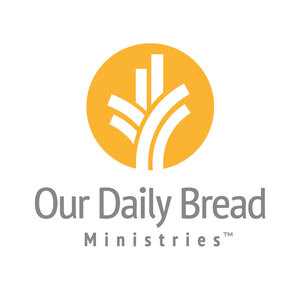 Why I Believe - Rethinking Apologetics for the 21st Century, Part 2
Living on the Edge
Chip Ingram

The Disastrous Sin of Lying
Grace To You
John MacArthur

The Legacy Of One Life
Running to Win
Erwin Lutzer
Important Note: These transcriptions are generated automatically and aren't perfect. We have generated them and made them available to aid in search and accessibility to the shows on our network. While we are constantly working to improve the technology and accuracy, we can't respond to requests to fix errors at this time.

Welcome to today's encouragement from Our Daily Bread are reading titled not so was written by Tim Gustavus and I wanted somehow to make it not so lamented the man, eulogizing a friend who died young.

His words gave poignancy to humanity's ageless heart cry death stuns and scars us all. We ached to undo what can't be undone belonging to make it not so might well describe how Jesus's followers felt after his death the gospel say little about those awful hours, but they do record the actions of a few faithful friends in Luke chapter 23 Joseph a religious leader who secretly believed in Jesus suddenly found the courage to ask Pilate for Jesus's body ponder for a moment what it would take to remove a body from a grisly crucifixion and tenderly prepared for burial considered to the devotion and bravery of the women who stayed with Jesus every step of the way even to the tomb. These followers weren't anticipating a resurrection they were coming to terms with grief. The chapter ends without hope, merely a somber. Then they went home and prepared spices and perfumes to embalm Jesus's body.

But they rested on the Sabbath in obedience to the commandment.

Little did they know Sabbath intermission was setting the stage for history's most dramatic scene. Jesus was about to do the unimaginable. He would make death itself not so today's Our Daily Bread devotional Scripture reading is from Luke chapter 23 versus 49 through 56. But all those who knew him, including the women who had followed him from Galilee, stood at a distance, watching these things now there was a man named Joseph, a member of the Council are good and upright man who had not consented to their decision and action. He came from the Judean town of Arimathea and he himself was waiting for the kingdom of God going to Pilate. He asked for Jesus's body. Then he took it down, wrapped it in linen cloth and placed it in a tomb cut in the rock one in which no one had yet been laid. There was preparation day and the Sabbath was about to begin. The women who had come with Jesus from Galilee followed Joseph and saw the tomb and how his body was laid in it. Then they went home and prepared spices and perfumes. But they rested on the Sabbath in obedience to the commandment. Let's pray father today, we pause to remember how it must've been that day between your sons, crucifixion and his resurrection so dark and hopeless were so grateful that he's reversed since curse for us.

Thank you for loving us so much that you would allow your son to die in order to restore us to life in Jesus name we pray. Amen. Thanks for listening on Stephen and today's encouragement was provided by Our Daily Bread ministries