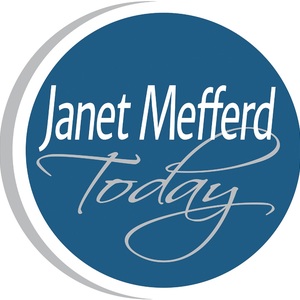 After years of pushing liberal politics and attacking conservatives, Dr. Russell Moore is finally leaving his post at the Southern Baptist Convention's Ethics and Religious Liberty Commission. But will his departure help put the denomination back on a biblical course? I'll share my thoughts on it. Plus: The Supreme Court has agreed to hear an important abortion case out of Mississippi. Could this lead to a reversal of Roe v. Wade? Dan McLaughlin from National Review Online joins me to discuss it on Tuesday's JANET MEFFERD TODAY.
COVERED TOPICS / TAGS (Click to Search)
Russell D. Moore Roe v. Wade Southern Baptist Convention Human activities Politics Liberty Democratic Party Anti-abortion movement Supreme Court of the United States Health care LGBT social movements
YOU MIGHT ALSO LIKE

Enemies Within the Church
The Christian Perspective
Chris Hughes 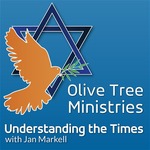 Enemies Within the Church
Understanding The Times
Jan Markell

What to Discern from the Church Fracture Where David Platt Pastors, Part 2 of 2
The Christian Worldview
David Wheaton

Short Take: SBC Leader's Controversial Response to the President
The Christian Worldview
David Wheaton
Important Note: These transcriptions are generated automatically and aren't perfect. We have generated them and made them available to aid in search and accessibility to the shows on our network. While we are constantly working to improve the technology and accuracy, we can't respond to requests to fix errors at this time.

This archived broadcast of Janet Mefford today is brought to you by Liberty health sheer liberty healthcare is a nonprofit healthcare sharing ministry that allows you to control and manage your own healthcare and choose any doctor or hospital in the nation. If your freedom loving American looking for contract free healthcare call now 855-585-4237 or go to liberty healthcare.org/GMT for more information liberty healthcare.org/GMT River today. Our confidence is in Christ alone. I'm getting to the point of thinking I need to never take a day off. I need to never go out of town, which is necessary from time to time because every time I seem to go out of town some huge story breaks and I'm chomping at the bit to get back to the microphone and in this case. Unbelievable Russell Moore's out, he's out Dr. Russell Moore, the head of the ethics and religious liberty commission of the Southern Baptist convention, a man I have been warning people about since 2014 has finally said he's resigning and going over to his buddies at Christianity today was a match made in heaven.

I don't if I want to use that phrase. This particular case given the proclivities of Christianity today, and everything that they push over there and liberal land.

I do think, however, it is a really good match because I think Russell Moore being with Christianity today is just absolutely perfect. Absolutely perfect and I think it will give him ample opportunity to further reveal to the masses exactly what a leftist is not that we don't already know. In fact, I was putting together a list of all the things not even all of the things but top 10 sort of list of all the things that have been problematic about Dr. Russell Moore over the last eight years that he's been at the head of the E RLC and it was so much longer than 10 points, so longer than 10 points. Let's see, he insulted all of Christian talk radio. That's when he first came on my radar is the bad guy, or at least somebody to watch.

He let's see join hands with progressives to recalibrate politics within the SBC it work for a Democratic Congressman.

Once upon a time. So he was with this Democrat claimed all while he was a pro-life Democrat and he's always kinda tried to straddle the line between the Democratic Party and the fact that all I'm pro-life. Which brings me to another issue which that was the fact that he tried to reposition the pro-life issue as being holistic, all were not just concerned about abortion were also concerned about refugees what to do with anything know you just like liberal policies. You want amnesty you want open borders you want to push for this stuff through ridiculous organizations like the evangelical immigration table which was funded from George Soros's open Society foundation through the national immigration form which paid for the radio ads that the evangelical immigration table put on Christian radio. My show included.

Once upon a time so you got that going for him you have the whole LGBT issue in which he said ridiculous things like I wouldn't go to a gay wedding but I would go to the reception wants.

Then he had the conference in 2014 where he didn't allow ex-gay Christians like some of the wonderful people associated with first known ministries and restored hope network.

Who came to that conference were told sorry guys, there's no room for you to have a booth at this conference.

There's just no room and they show up and there's all kinds of blank space there on the convention floor the world what it did, I would say the room where they were having all of these booths was plenty of room. They were invited to speak all these gay activists were invited there so they could reach out and if dialogue then Russell Moore and his cohorts go behind closed doors with gay activists. This was in 2014 and commiserated with them on. Who knows what because it was a closed-door secret meeting and all we know about this meeting is what was revealed by the human rights campaign, who had a particular representative at that meeting, who wrote about it on the Internet. That's how we found out about it.

It was completely nontransparent. Were still trying to figure out what Russell Moore discussed with the gay activists behind closed doors in 2014 sure never to find out then you had the MLK 50 conference back in 2018, in which Russell Moore said time and time again in the white American Bible Belt, the people of God had to choose between Jesus Christ and Jim Crow