How God allows just the right light so we can see all the beauty we can see... 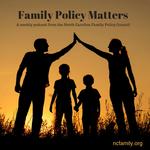 Through Thick and Thin
Our Daily Bread Ministries
Various Hosts 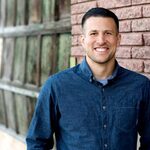 Sermon: Beauty From Ashes – Easter 2021 (Romans 6:8-11)
Redemption Church
Bobby Wood
Important Note: These transcriptions are generated automatically and aren't perfect. We have generated them and made them available to aid in search and accessibility to the shows on our network. While we are constantly working to improve the technology and accuracy, we can't respond to requests to fix errors at this time.

Today on Bible wonders I want about beauty and the way that the Hebrews interpret that can often mean glory.

It's comical all the different ways that you find that word in the Scriptures in Hebrew. It has two tops, one at the beginning in one of the end which are, like when you say the Alpha and the Omega will be omega would be the end of the Greek alphabet.

Will the top is the end of the Hebrew alphabet is when you see two tops in a word you can hope and see God signature on it, especially since the ancient way that you would write that letter as a cross and so clearly this word is significant word and usually it's interpreted beauty, but often it's interpreted glory, and so one of the things that the Hebrews teach on the concept is that when God has something that's his glory.

He often has to turn down the light in order for us to observe it, like he put his hand over Moses as he passed by. I am now even though the hat was in the cleft of the rock so that it is glory wouldn't you know destroy Moses and and so I wonder if you would just think a moment about something you saw that just kind of took your breath.

It was unbelievably beautiful while in my case, you know the time that that really struck me, especially with this concept of light was my wife and I want to trip one was a Chrysler dealer to Russia to actually St. Petersburg and there was a museum there. I can't run the name of it but it was a very famous museum. Had a lot of works of art. Actually the Russians and stolen from the Germans would stolen from the French, so they were in French museums when the when the Germans invaded and then when the Russians took over Germany.

They brought all this art back to this museum in St. Petersburg, so there were a lot of wonderfully beautiful paintings by all sorts of artist, but the one that grabbed me was one by Rembrandt and it was a painting of Jesus on the cross and that what struck me. You know, I've never seen a Rembrandt in person, but when you stood there and looked at the painting, you know you walked up on it and there was no light on the painting from the museum but there was light in the painting and the more I looked at it the more I couldn't believe that somehow or another.

This lot this light was actually coming from the painting. It was on the cross and and I just stood there for a long time, and gazed at it as I was like that is absolutely miraculous. I mean, is it I could clearly see why Rembrandt was a master because he had managed to show this light that was somehow inside of this painting.

It was just phenomenal thing I'll never ever forget it but I wonder if there aren't times that God is going to show us something amazingly beautiful and when he does you know he just lets you see enough light in order for you to be able to focus on.

It doesn't blind you all like this possible. Like the sun. If you got too close, but he gives you just what you need, just like you know when David again. I love the 23rd Psalm when he says you know he leads me beside still waters what others beautiful book is the 23rd Psalm from a shepherds perspective and he says that she won't drink from fast-moving water because they're afraid they're going to grab sheep and water don't do well to get their fleet so it made Emily go to the bottom so they're very very scared of waters was running fast, they won't drink right so when when David says you lead me beside the still waters. That's that.

It the water slow enough that you can drink from it, and this is this idea that when you see that particular sunset or that mountain scene in the Grand Canyon or beautiful woman or a beautiful man, however, that looks that somehow another God is allowed just the right amount of light for you to see his glory because all those things are reflecting what those two togs, who was the author and the inventor of glory, some to wonder about today on Bible wonders