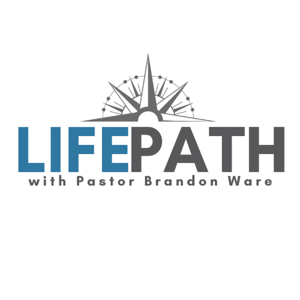 Where is Your Stronghold?

Where is Your Stronghold?

Psalm 9:9-10 says, “The Lord is a stronghold for the oppressed, a stronghold in times of trouble. And those who know Your name put their trust in You, for You, O Lord, have not forsaken those who seek You.”
COVERED TOPICS / TAGS (Click to Search)
Technology Computing Cyberspace Communication World Wide Web Human activities Digital media Information technology Internet Mass media Computer science
YOU MIGHT ALSO LIKE

Save our Schools!
The Steve Noble Show
Steve Noble

Kingdom Pursuits Jokes From Last Saturday - International Humor
Kingdom Pursuits
Robby Dilmore
Important Note: These transcriptions are generated automatically and aren't perfect. We have generated them and made them available to aid in search and accessibility to the shows on our network. While we are constantly working to improve the technology and accuracy, we can't respond to requests to fix errors at this time.

You're listening to life path biblical instruction with practical application on Brandon where and I want to welcome you to today's podcast today is Tuesday, January 12, 2021.

Today's devotional thought comes from Psalm nine verses nine and 10, which simply says the Lord is a stronghold for the oppressed in man and that a good word right there. He stronghold for the oppressed stronghold in times of trouble. And those who know your name put their trust in you for you, oh Lord have not forsaken those who seek you you all of us have some sort of refuge we run to whenever we feel vulnerable in life. We seek some type of stronghold in which we find security now for some it may be the stronghold of material wealth they find their meaning in their security and what they possess in terms of their bank account. The possessions, their social standing. That kind of thing of other people. It may be the stronghold of admiration and praise from others there very much concerned about what people think they live for the applause of man, that kind of thing are stronghold is where we derive our sense of worth and meaning you know in the Old Testament of the nation of Israel constantly fell into idolatry because they sought the work of their own hands above the worship of God, they turned to false strongholds. For example, they wanted a king so that they could be like the other nations political power became a makeshift stronghold. They adopted the lifestyle practices of their neighbors, even sacrificing their sons and daughters to false gods in pursuit of some type of material, stronghold and all the while, mind you, the Lord God was the stronghold of his people. Why run to anyone else. So David recognizes this truth in Psalm nine in his own personal time of trouble. The Lord was David's stronghold and he says that those who truly know God in the power of his name will put their trust in him that is, they will stake all of their confidence in God. Now listen when we feel most vulnerable in life, we must remember that he has not forsaken those who seek him and that's a wonderful promise from God's own word. Well, that's today's devotional thought if we can minister to you in any way, please feel free to send us an email connect@greenstreet.org that's connect@greenstreet.org. Thanks for listening