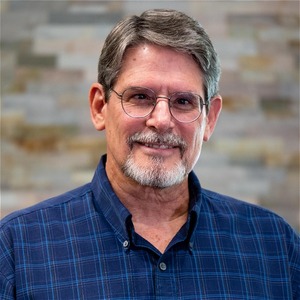 Our element is the state in which we most naturally thrive. What is a Christian's element? Where do we thrive and flourish?

Free from Sin, Part 2 B
Grace To You
John MacArthur

Welcome to the light and grace. The teaching ministry of Rich Powell Pastor Grace Bible Church in Winston-Salem.

Maybe the expression he was in his element. Element is the state in which we must naturally thrive officious element. For example, is water, the fish can't thrive outside of his element, but what is a Christian's element, where do we thrive and flourish. Listen as Pastor Rich digs into Ephesians 11 and two and reminds us that our element the place in which we will prosper and grow is in Christ will be getting a new series today studying the book of Ephesians pullover and parkers were going to be here for a while so I want you to adjourn was made to acts chapter 19 is a rich were starting Ephesians, what are we looking at acts well. Did you ever listen to Paul Harvey. The rest of the story.

This is the rest of the story. This is what goes me this is behind the scenes and what leads up to Paul writing to the church at Ephesus order look at some history today is going to be a bit of a history lesson that's a lot of what the Bible is history and were going to look at acts 19 that Bob did such a good job reading for us this morning as we begin, let's consider the city of Ephesus itself goes Paul's letter of Ephesians is a letter to the church at Ephesus so you might know where the location of Ephesus is if you look at a map you look at modern day Turkey over on the Western coast. Thereby, the Aegean Sea is the ancient city of Ephesus is an ancient city is in ruins today plenty of ruins there to see will be seen a couple of pictures here, but it's on agent. If you go just across the Aegean Sea farther to the left there you be looking at Greeks over at Corinth in areas like that okay that can give you an idea where you are. You look at Turkey go due south.

You'd be going right into Egypt. That gives you an idea where Ephesus is lower than the will or the distinctives of this ancient city of Ephesus. Well, it was a political education and a commercial, educational and a commercial center in all of these things put together it. It brought is ranking up with the ancient city of Alexandria in northern Egypt.

There, in Internet in that part of Asia. Ephesus was to that region of the world.

What New York City is to us today is the massive center of political, educational, cultural things that describe the country in the region. Today, one of the distinctives of Ephesus was the Temple of Artemis. Artemis was the Greek name Diana was the Roman name. This temple was considered one of the seven wonders of the ancient world. It was built in 550 BC at 550 BC. That's when Israel Judah had now been taken into captivity by the Babylonian Empire so they were in captivity. Daniel was ministering day. During this time, so about 550 BC. This temple was built.

If you are look at the top part.

There were the columns are the floorspace of that top part of the temple where people go into is larger than a football field kinda gives you a size that a sense of the size of it. There it was made of solid white marble. So on a sunny day. It would just gleam in his magnificence, and there were 100 columns you see them outside. There were many more inside hundred columns, each of them 60 feet high and inside was the image of Diana, which ostensibly had fallen from heaven, specifically from Zeus or Jupiter.

The picture of the image of Diana is over on the left and it can kinda give you a sense of what the emphasis of their worship was all about. Another distinctive of the ancient city of Ephesus was the great theater that was in the middle of town.

In this picture here towards the top away in the background you can see the general sense of where the temple of Diana was, but over on the right-hand side here you see that great theater stones, stone seats and is carved right into the mountainside. This theater well preserved today see it right there and is going right down the main thoroughfare through town will get a closer picture of that but it's seated this theater seeded over 25,000 people.

That was huge in that day over 25,000 people and then theater that one right there, is specifically mentioned a couple times here in acts chapter 19.

Specifically, in verse 29. So the whole city was filled with confusion and rushed into the theater with one accord, so here they were in the streets.

This is the main thoroughfare through the commercial section of Ephesus and the see the columns there lining that way on either side would've been merchant so this is like a massive mall and it went from the theater, right down to the harbor. The harbor that was a main commercial ports. All the ships would come in the harbor they would unload they would take all their goods into this small of merchants right here and then you go all the way down in your right there at the door of the theater's massive carving into the mountainside. So the theater is one that is mentioned that when there is picture is one that's mentioned in acts 19 in verse 29 so that kinda gives you a sense of the ancient Ephesus the city there. Let's talk now about the beginnings of the church at Ephesus, the beginnings of the church at Ephesus goes back to the second missionary journey of Paul.

At the end of Paul's second missionary journey. He was on his way to Jerusalem.

He had been through Philippi, Thessalonica, Corinth, all those regions of their going through Greece and then he'd come back over and he was he stopped. He was on his way to Jerusalem and then he stopped at Ephesus and we have that in chapter 18 of acts and and then asked as he was on his we didn't stay long.

He went to the synagogue and he would reason in the synagogue with the Jews, but he didn't stay there long this time because he was intent to get back to Jerusalem. Following him up. All of us came comes to Ephesus. Apollo's was a call us a scholar, apologist, and he also reasoned with the Jews and Apollo's had a great understanding of the Scriptures, but at this point because of the revelation of Jesus Christ. He was limited in his understanding.

He knew the profits and he understood the teachings in the introduction of Messiah by the prophet John, but he had not yet encountered the apostolic doctrine of the gospel of grace in Jesus Christ who introduced him to that at Ephesus pursued acquittal and Priscilla introduced Apollo's to the gospel of grace in Jesus Christ. Now acquittal and Priscilla were Jews. They were residents of room they at this point had been evicted from Rome by Emperor Claudia's now it's very possible here. They were believers, and they're the ones that introduced Apollo's this Old Testament scholar.

They introduced him to the gospel of grace in Jesus. It is very possible that they being Jews were people from Rome who went to Jerusalem to celebrate Pentecost.

Acts chapter 2 tells us that there were people from all over the region all over the ancient empire that had come to Jerusalem to celebrate Pentecost.

It is possible that acquittal and Priscilla were there and then they came to Christ they saw the apostles all speaking in tongues saying things in there in the languages in foreign languages that they could understand. Speaking of the glorious gospel of Jesus Christ and they possibly could have been. Of that number that was converted they go back to Jerusalem.

And I'm sorry back to Rome and then they were evicted from Rome and they go to court and it was at Corinth that they met Paul on his second missionary journey and they ended up working with Paul. What did they do it Corinth. What kind of work did they do, they made tense they would sew together the hides in the fabrics and they would sell them to people for their whether it's their business or for their home. They would make tents and sell them and Paul started working with them and then they decided to travel with Paul so they were some of his ministering traveling companions in his missionary journey and they went with him from Corinth to Ephesus so so here they were at Ephesus while they were at Ephesus. If policy encountered them, and they introduced him to the gospel of Jesus Christ. So Apollo's stayed there and was taught by them and after he had been fully brought up to speed. If you will with the gospel of Jesus Christ.

Meanwhile, while a policy is at Corinth, we begin acts chapter 19 as it happened while Paulus was at Corinth that Paul, having passed through the upper regions came to Ephesus and finding some disciples.

Now he's on his way.

He's come back from Jerusalem is traveling through Asia minor and now he's on his third missionary journey and he's key comes finally to Ephesus, and he encounters some disciples or what kind of disciples are they were there, disciples of John and Paul had her introduce them also to the gospel of grace in Jesus Christ because they had received the baptism of John, but they had not yet heard of the death, burial and resurrection of Christ and the coming Holy Spirit. They had not heard of that. And so Paul again brought them up to speed with the gospel of grace in Jesus Christ and as we have in the record here that they started. Also, speaking in tongues and prophesying. What is the significance of that the significance is that they encounter in common spiritual identifiers with all the believers at Pentecost to confirm that they were of the same faith that they were of the same faith. This was not a new religious sect. This was not a new faction of Christianity. This was one faith in pulses that in the book of Ephesians 1 Lord, one faith, one baptism so these were common spiritual identifiers to show that these people now in Christ were of one faith you've been listening to delighting grace.

The teaching ministry of Rich Powell, Pastor Grace Bible Church in Winston-Salem to hear this message and others. Check out delighting grace.com to discover how to live by grace to you in with us on weekdays at 10 AM