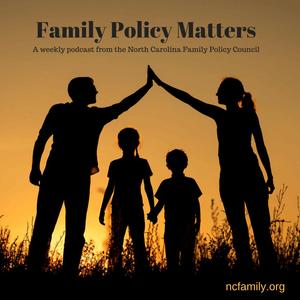 This week on Family Policy Matters, we bring you an excerpt of an interview from NC Family’s Virtual Event on October 22, 2020 titled 2020 Elections: What’s At Stake? This event featured Victoria Cobb, president of The Family Foundation of Virginia, discussing what happened in Virginia after a wave of pro-abortion, pro-LGBT lawmakers were elected and began dismantling decades of pro-life, pro-family policies. 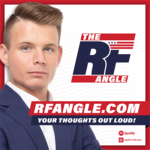 Janet - Mefferd - Today - Stephen Black (Equality Act)
Janet Mefferd
Important Note: These transcriptions are generated automatically and aren't perfect. We have generated them and made them available to aid in search and accessibility to the shows on our network. While we are constantly working to improve the technology and accuracy, we can't respond to requests to fix errors at this time.

Family policy matters and engaging and informative weekly radio show and podcast produced by the North Carolina family policy Council hi this is John Ralston, presidency, family, and were grateful to have you with us for this week's program is our prayer that you will be informed, encouraged and inspired by what you hear on family policy matters and that you will fold better equipped to be a voice of persuasion for family values in your community, state and nation. Today we bring you an excerpt from Nancy families virtual event on October 22 entitled the 2020 elections. What's at stake.

This event features Victoria Cobb, president of the family foundation of Virginia.

We hope you enjoy Victoria thanks so much for being with us today. Let me just say at the outset that you are a great friend and a great leader among the nearly 40 family policy councils across the nation. So were grateful for your leadership and were grateful for your participation in this event tonight before we get started, tell us a little bit about yourself and how long you been at the family foundation of Virginia area & Hassan and I just heard about 15 years is where there is another area that needs just as much work it out here will you do such a great job that your team is just really very effective in what you do and we appreciate your leadership.

So speaking of Virginia Commonwealth of Virginia actually hold elections for the Virginia Senate and the House of delegates in odd-numbered years, so you all had a legislative election in November 2019. So just this last year and those elections turned out to be highly, highly consequential. Tell us a little bit about that, mostly conservative elected. So electing to the governor sat and we think is when they became more frequent 19 and fortunately you seek family lost control of both chambers with already a very liberal company now Left laying.controlling everything I think one of the big points folks to understand here is that the number of seats in the state legislature in Virginia that actually changed hands was not all that many. I think you said it was about maybe six and the hundred member house into the 40 member Senate with just those tiny changes in highly competitive districts made all the difference in the world. Also, you mentioned that Virginia has a Democratic governor, Ralph Northam, Lenny, make a disclaimer right now we have to talk in terms of priority, Democrat, Republican, because we operate within a political environment, but we know that there folks on both sides of the aisle that we work with, but because we work with in that political structure in our political system, you know, it's important to understand how the parties and the party platforms played into that of course.

Speaking of Gov. Ralph Northam. I'm sure a lot of or viewers will recall the famous and now infamous comments that he made back in January related to abortion. It's just unreal that we heard these remarks, but it was really a precursor to what was going to happen in Virginia and Unfortunately Took Pl. in New York in a number of other states were these extreme abortion proponents came in took control and started just dismantling decades of pro-life and profamily policies most devastating thing that did happen was on the prayer life and probably because it does take decades to get this work time and it was all stripped away in one very minimal hearing just the outcome and that the process is painful to wax me just share in Virginia were sent no longer true informed consent, which is really important just actually going on in the rest recently encapsulated your ultrasound and we feel like it's a game to talk about how valuable and awkward realtor sounds to women were seeing the result, Windows, and get our safety standards when they might make a choice.

You are I wouldn't make an take the life of their unborn child have to risk their own life.

Because these facilities are not up to medical is just shocking and finally resolved that standards in actually treat like every other medical facility. Instead of putting politics and allowing politics to a medical situation than with other outpatient surgery centers, years of public policy around abortion no longer have a right guaranteed in proportion to do an abortion in Virginia. The first signal out so to speak, soccer and women to be evened out for their interest or pro-choice you think of questions to believe your plan such an unsafe situation is just appalling. So the jury how long did it take that piece of legislation to make it through about three weeks and we were faded for the completion. The tricky part and does not committee the floor and reverses chambers.

As you know, so many critical policies on the table and one bell your entire composition in one chamber hall and like total of five testimony groups to try to say why doctors make informed consent. Why your case is not meeting the diner to come out and want to be helpful information and not even really getting. I know that there were some significant changes made with respect to LGBT issues in this the passage of the so-called Virginia values tell us about that. Yes.

Until this point many other conservative allied organizations and legislators had for 20 years, blocked all attempts to add sexual orientation and gender identity to every place where the codes are not discriminating, which as we all know that a really polite way to say were forcing orthodoxy on everyone.

When we insert these things and be successful on that people where you can imagine this is housing it comes up with government higher comes up with you you certain you know whether it's a wedding venue or whether the bathroom it's all very issues in the moment you introduce these terms entering patient gender identity, which often are vague, which makes it even more complex. That's where we find the right not because in every case, we think there should be no decision-making around these issues.

But what happened in Virginia is eight individual bells right to make housing building a hate crime and decided it also wrote all these concepts in one big bell through everything the spell and so it's called Virginia values that ankle is brought out we actually go even places like New York and California law that says not only will government anything like a business like a paper route does all the way to say Christian school.

Even if you are provider in some kind of faith-based case.

Rocco you deeply alarming. Clearly we believe these entities are clearly the First Amendment. We like the US Supreme Court. Surgeons validated.

Unfortunately, we are going to have to defend these various entities run into this legal system probably all the way up until the US Supreme Court because it's kind of hard courts have also started to fall in Virginia area. Left-wing activism kind of positions so hard place to be is a faith-based provider in Virginia, and the most we did form legal center as part of our counsel to say if we need to help because of religious freedom.

Victims and we will do that folks understand. I think that is easy to look at these things and really tiny pieces and go sit discriminating on such orientation, sir, except that we know is not really looking for nondiscrimination they're really looking for universal compliance in this world. And so even little bells. Everyone should understand the bell is what they want to get there and some Virginia one freedom are assess possible really about the little pieces on orthodox views on marriage or under silenced and unable to actually live out in Victoria. This is all just incredible. I know we could go on a known. As we talked about at the beginning it was just a handful.

A small handful of seeds succeeds in 100 member House of delegates and two seats in the 40 member state Senate that allowed for all of these dramatic changes to take place. And as you said over and over again. It really is tragic but you know we see in this day and age in Virginia and North Carolina. These races really being decided on a razors so someone just having gone through this with someone that spent as many years as you have advocating for pro-life and profamily laws and policies. Victoria, how are you dealing with this yourself and what advice would you give to our audience as we know just a matter of days would not have one of the most consequential elections in our history take place.

Well I'm glad that we know the Lord and Savior. When the government is horrific and the case in Virginia were hoping Carolina will not be the case nationally. As we look at all these races do the things we can do our job and so our pastors preach the whole counsel of the word selection rooted step one is always registration your deadlines are probably past I have yet what are believers able to do in the workplace. How's the gospel is only for and so all these beings should be really pushing us to say what is the one more thing I can do with that. We have a real opportunity to make a real difference and I don't I don't think we could express that difference any more clearly than our conversation today about what's happened in Virginia where we stand in North Carolina right now. I am the trauma just like you so much for your time for your willingness to share for the gusto eloquence with which you have presented all of these things and have advocated so well for while we need to keep these good policies in place policies that honor God.

That honor his principles and whose walls and fight as hard as we can against principles that are contrary to that because again they have real effects on real people we care about because we love our God and we want to love our neighbor and do what's best for the family policy mode. This is been an excerpt from into family's virtual event entitled the 2020 elections.

What's at stake. This program features Victoria Cobb of the family foundation of Virginia to listen to the spiritual event in its entirety go to website it into family.org that's into family.org also into families highly sought after nonperson 2020 general election voters God is available@ncfamilyvoters.com.

Find out where candidates stand on the issues you care about from sanctity of human life to religious liberty to school choice and much more become an informed voter@ncfamilyphoto.com and then be sure to get out and vote your values. Thanks much for listening and may God bless you and your family